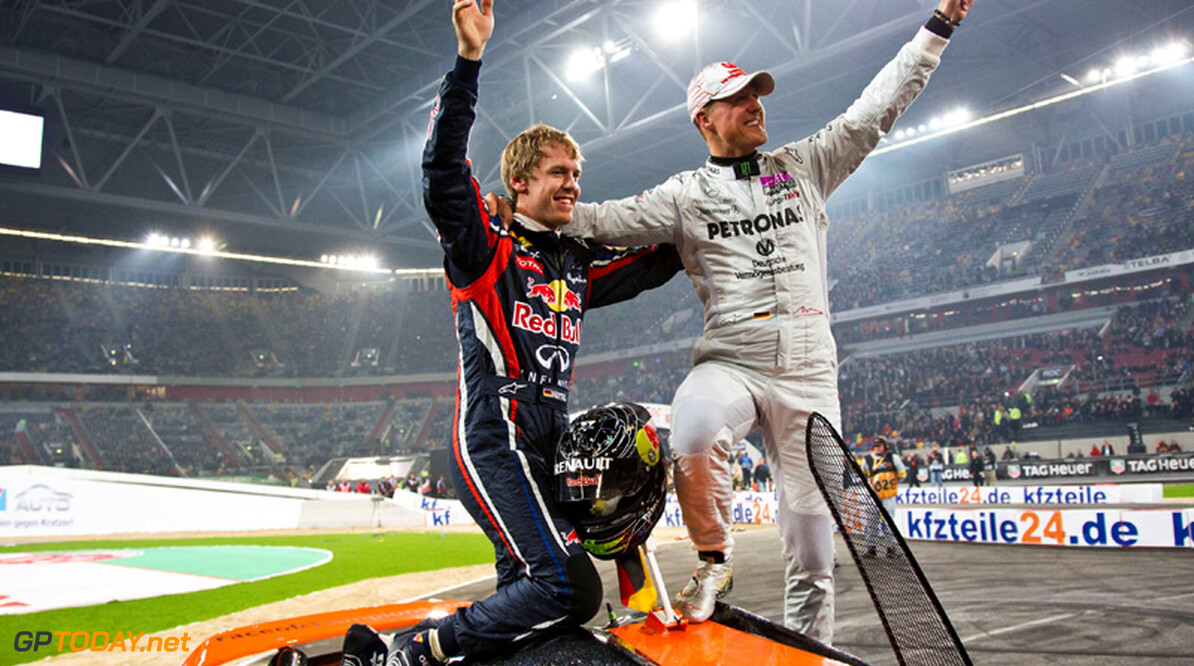 Schumacher: "This won't be my last Race Of Champions"

Michael Schumacher may have just two grands prix remaining in Formula 1 ahead of his retirement, but his career at the Race Of Champions is far from over. Not only will the German compete at ROC 2012 in Bangkok on December 14-16 but he is vowing to be back for more in the future.

Schumacher has partnered fellow multiple world F1 champion Sebastian Vettel to the ROC Nations Cup title for a record five consecutive years. But even if the pair extend their winning run to six in Bangkok, it will not sate 43-year-old Schumachers appetite for glory  and good fortune

"The Race Of Champions is always a very special event", Schumacher told ROC's official preview podcast. "And this time it's in Bangkok close to Christmas so I'm very much looking forward to racing with my old mate Seb for another repeat of our title. But my lucky number is actually number 7. So we've got to do this and then the one after. That would be the ultimate. Obviously this means I'm not retiring from the Race Of Champions yet. I could have retired from it by the end of this year, but I don't want to. It's too much fun. And as long as I'm still a bit competitive in it, why not?"

Vettel heads into Formula 1's final double-header of 2012 with a 10-point lead over his only remaining challenger, Fernando Alonso. Now he is intent on converting that into his third successive F1 crown so Team Germany can head to Bangkok with an almighty haul of 10 world titles between them.

"It's still too far away but that's the target we've been fighting for the whole year", said Vettel. "Obviously it would be fantastic but whatever happens I'm looking forward to the Race Of Champions. It's always fun to enjoy time away from the track with the other drivers  not just from F1 but rallying, touring cars and all sorts of motor sports round the globe. We obviously want to win our sixth ROC Nations Cup but I think Michael will stick with me in the future because we've got to get at least seven. It's a lucky number for him, so that's the big number we have to achieve."