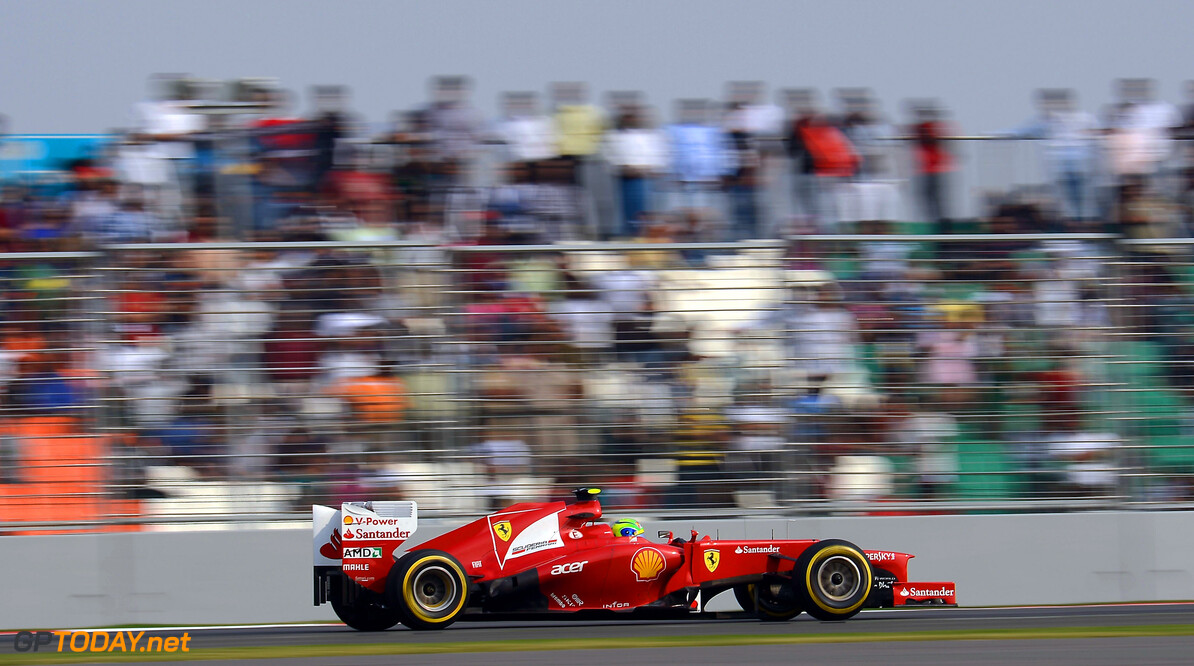 Ferrari is focused on improving the rear wing of its 2012 car, as Fernando Alonso pushes to rescue his dwindling championship challenge to Red Bull's Sebastian Vettel.Germany's Auto Motor und Sport said the Italian team has acknowledged that while Red Bull is not far away in race pace, the F2012 is struggling primarily in qualifying.

"The problem is the rear wing," read the report. "In the DRS position it is generating too little top speed." Ferrari president Luca di Montezemolo is quoted by Italy's La Stampa: "If we always start from the third or fourth row, then everything becomes difficult, if not impossible. "How do you recover if you are already ten seconds behind after five laps?" he asked rhetorically.
More about Ferrari


An analysis shows that Alonso was gaining less than a 4kph boost from his conventional DRS on the straights in India, compared to almost 10kph for Vettel. But Auto Motor und Sport said Ferrari has run out of time to introduce a Red Bull-like 'double DRS'.

The team's technical boss Pat Fry is quoted by La Gazzetta dello Sport: "We are working like crazy to bring improvements to Abu Dhabi and then all the way to Brazil. Starting higher up means we can put pressure on the Red Bulls. So far Sebastian has been driving away too easily." (GMM)