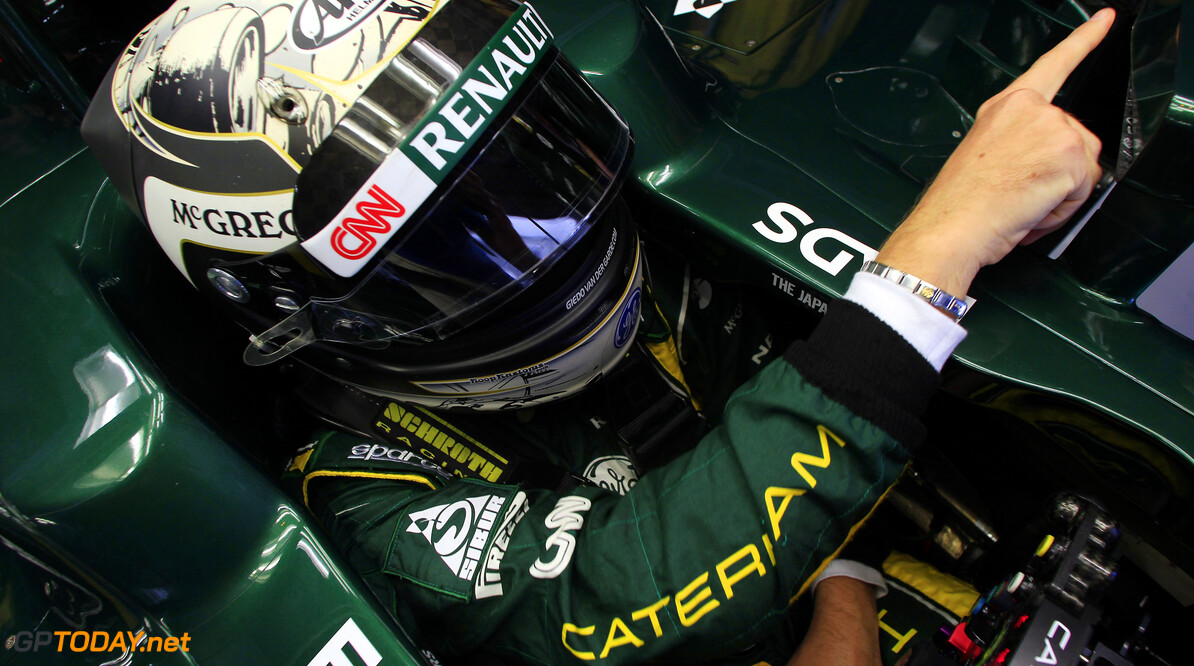 Giedo van der Garde: "Another very useful session for me and the more time I spend in the car the more confident I'm getting. This morning we were running a similar program to Heikki and apart from some issues with the front tyres graining early on I think we made some good progress on another track that's new to me. After the first full run we made a few mechanical and aero changes and the car immediately felt much better, giving me more confidence to push a bit harder, but I'm still learning and I want to do what the team asks me, not try and put in the quickest laptimes I can. Next up is FP1 in India and I'm already looking forward to making more progress there."

Heikki Kovalainen: "FP1 was a good session for me. The car felt well balanced right from the start and it kept improving throughout. The track was obviously very slippery to begin with but the grip levels improved pretty quickly and the small changes we made for each run were working well. In FP2 I went off track in my first run and that dislodged a couple of bolts in the cockpit that meant we had to make a temporary fix to the seat so we could get through the program. Until that point the balance didn't feel quite as good as it had in the morning but once we went out on the supersofts the balance was back to where I'd like. We also improved the braking throughout the session so overall this has been a good day."

Vitaly Petrov: "FP2 didn't start as we'd have liked as I could almost immediately feel like we had a right rear puncture. We cut run one short and when I got back in the garage we found we did have a puncture so we changed the session plan to avoid using up another set of the soft tyres. On my first run on the supersofts the balance wasn't quite there so we made a couple of mechanical changes and they definitely improved the handling on the long run. The deg level on the supersofts is pretty high and with the need to look after the tyres we obviously had to change the program and my times would have definitely come down with more time on track and with the chance to run more laps on both compounds. Despite that both Heikki and Giedo have put in a good number of laps on the soft tyres so we have a lot of data to work through, enough to put us in a decent position for tomorrow."
F1 News
<< Previous article Next article >>
.