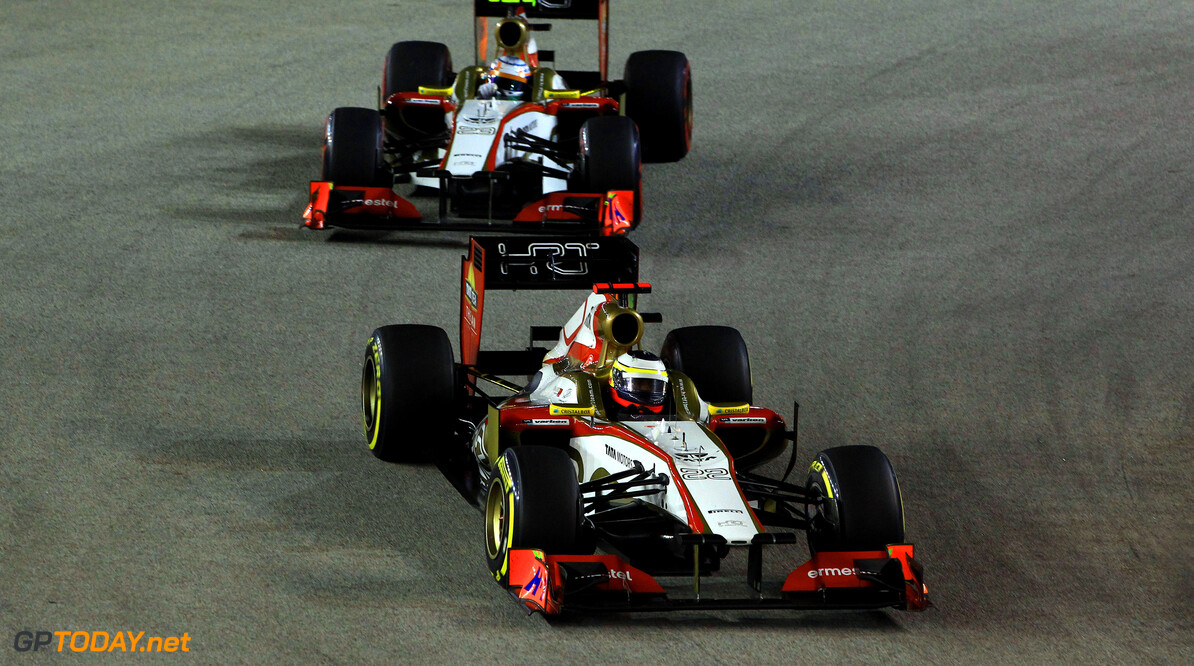 The Formula 1 World Championship arrives at the traditional Suzuka circuit, which next week will be holding the fifteenth Grand Prix of the season and the second of this five race swing on Asian soil. There's only a quarter of the Championship to go and the teams are making one last effort to finish the season in the best possible way. HRT Formula 1 Team arrives on the back of a positive weekend in Singapore, where an important aerodynamic upgrade which meant another step forward for the team was introduced to the F112, enabling Pedro de la Rosa and Narain Karthikeyan to fight face-to-face with their rivals. In Japan the Spanish outfit will continue working to evaluate and optimize the performance of these upgrades at a high downforce circuit.

Suzuka is a very challenging and fast circuit. It has a lot of quick, blind corners that link together and drivers barely touch the brake. Its a unique track because it is shaped in the form of an eight, meaning that its the only circuit in the Championship to go anti-clockwise and clockwise on the same lap. Pirelli has selected its soft and hard tyres for this Grand Prix.

Pedro de la Rosa: "Suzuka is a beautiful and spectacular circuit; I would say it's my favourite track. It's very quick, you hardly touch the brake, and we'll be able to make a better evaluation of the difference between the new floor and the old one. It has inclinations, quick, flowing corners and its a very long lap. It's a circuit for aerodynamics and horsepower where the best cars stand out. I've got great memories of it because my first victories in Formula 3 and Formula 3000 came there and it's one of the tracks which has brought me most luck in my career because by winning there the doors to Formula 1 opened. I hope to also have a good performance next weekend."

Narain Karthikeyan: "I'm really looking forward to Japan after not being able to finish in Singapore. Suzuka is a very fluid and challenging track. From a physical point of view it's also tough as it's very quick. It's a circuit that I love and one I have fond memories of. I think we'll take a step forward with the car with regards to Singapore and well be able to better evaluate how the new floor works. We've been pretty fast in the last few races but weve been missing a bit of luck. But we have to continue working to maintain this positive momentum through to the end of the season."

Luis Pérez-Sala, Team Principal: "Suzuka is a circuit with a lot of tradition which I raced at during my years as a Formula 1 driver. It's quite a technical track that's very challenging both mechanically and for the driver and its also a very attractive circuit because it combines quick corners with quick straights. We'll be able to further test and evaluate the updates we took to Singapore because we will have more data. We're confident that we'll be able to continue with our momentum and it's another race to continue progressing."
F1 News Pirelli HRT
.