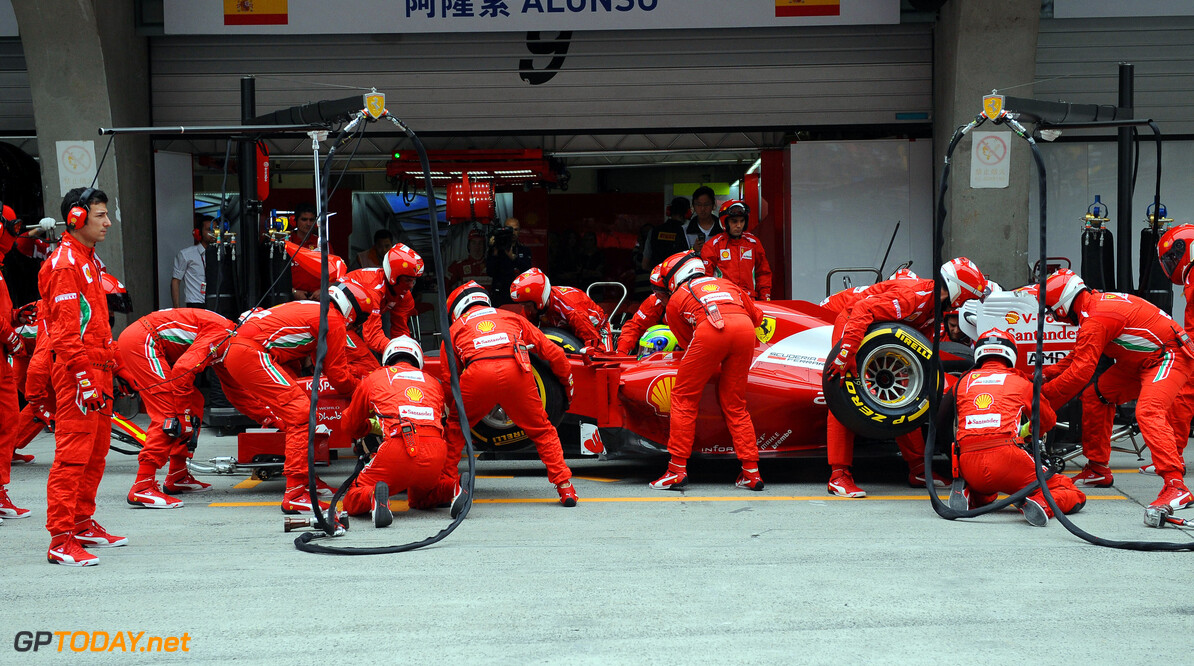 Ferrari, whose Fernando Alonso is leading the world championship, is also the team with the fastest pit crew so far in 2012. Germany's Auto Motor und Sport has found that the Italian squad's tyre-changing crew is on average a touch under two tenths faster than reigning champions Red Bull per pitstop.

It is a remarkable turnaround for Maranello based Ferrari, who were reportedly in the pitstop "midfield" in the same mid-season ranking a year ago. In 2011, Mercedes' was the fastest pit crew, but now the Brackley based squad is just fourth, more than three tenths slower than Ferrari and also behind Force India.

McLaren, whose 2012 crew is now orchestrated by Williams' former technical director Sam Michael, have the outright record for the fastest individual stop of 2012. But, overall, the British team is behind Toro Rosso in sixth place, on average more than seven tenths slower than the Ferrari crew.