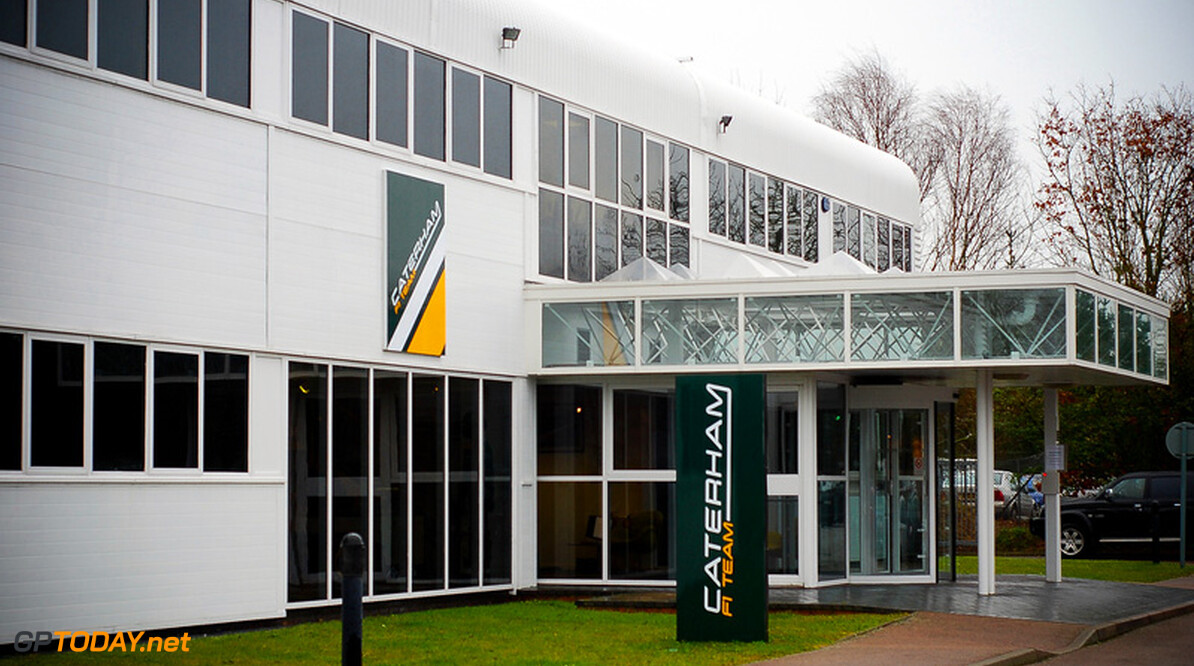 Caterham opens doors of the new factory in Leafield

Caterham Group has today confirmed that work has started on Monday July 16th at the Leafield Technical Centre in Oxfordshire, the new global base for the motorsport, automotive and technology business that comprises Caterham F1 Team, Caterham Racing (GP2), Caterham Cars, Caterham Composites and CTI (Caterham Technology and Innovation). A complete renovation and refurbishment of Caterham Groups new home, in the middle of what is known as 'Motorsport Valley', has now started and the first arm of the business to move into Leafield will be Caterham F1 Team which will return to Oxfordshire after the Hungarian Grand Prix in late July.

It is less than three years since the first building blocks of what has now become Caterham Group were put in place by Tony Fernandes and his fellow shareholders when they were granted entry to the 2010 FIA Formula One World Championship in September 2009. With work now starting at Leafield Tony Fernandes is excited to see how far his dream has come in under 36 months: "It is hard to believe that it is less than three years since we first walked into the empty factory in Hingham where we started the F1 team back in 2009. At that point we had four full-time employees, a couple of notepads and a rather daunting joblist that many people said was utterly unachievable. While the F1 team was building up fast, we also had a plan to lay the foundations for an automotive and technology focused group of businesses that would allow us to compete with some of the most famous motorsport and car brands on and off track, through innovation, passion and value. We wanted to support the road and racing operations with a range of associated companies that would specialise in the high-tech materials that are so prevalent in F1, allowing us to tap into a creative and technical pool of talent that are usually focused on winning on track or improving handling on the road, applying their expertise, ideas and knowledge to any industry that could benefit from world-class thinking."

"We have had a couple of well documented issues along the way, but we are now in the middle of 2012, 34 months since work started on our first F1 car and I think we have reached the most important point in our development so far. Caterham Group is now the embodiment of all the ideas and dreams we had in 2009 and now, with Leafield open for business, we have put in place the next vital stage for the continuing development of all the Caterham Group businesses."

"The F1 and GP2 teams will be first in place in Leafield, and Caterham Cars will be moving its HQ to Leafield in due course. Caterham Composites will remain in Norfolk and CTI will retain its offices in Germany whilst expanding production into the Hingham site to join Caterham Composites at the base we have owned since 09. These are important moves, not only for the incredible staff we have in place in each of our businesses, but also for the message it sends to our partners, suppliers, local communities and our competition. We are now a multi-faceted group of world-leading companies existing in harmony within a clear group structure that provides enormous room for growth. Under the Leafield HQ we have another major site fully operational in Hingham and through the nature of our work and the people we employ, we have a truly global outlook."

"To any observer of what we have achieved in such a short space of time this is incredible. From a starting point of zero we now have more than 500 staff working on a range of extremely exciting projects. Our F1 team is about to make the final step to join the established teams ahead, our GP2 team has already won in Monaco and we will soon start sharing the plans we have in place for Caterham Cars, fuelled by CTI who are leading the design and production concepts we have for our roadcar operation. Caterham Composites will be making a couple of announcements in the next few months that will propel them to the forefront of their cutting-edge industry and, alongside the roadcar work, CTI is already branching into a number of new industries that will see their expertise showcased in some very surprising environments."

"Work has now started at Leafield. The first task is to refurbish the whole site and prepare it for a long and successful future. While that work is taking place the F1 teams race trucks have left Hingham with our 2012 race cars for the last time. The next time they are back in the UK they will go straight to Leafield and that is excellent news for everybody associated with Caterham Group. More than 200 of the F1 team staff are making the move to Oxfordshire over the next few weeks and when we have finished the refurbishment, in late October 2012, we will have a facility that will put us on a par with the teams we are trying to catch in F1. Importantly, it will also give us the base we need to allow Caterham Group to achieve the impossible for many years to come. This is why I am so excited about what we have ahead of us, and this is why I am now dreaming of bigger, better and more ambitious plans than ever before."

Riad Asmat, Caterham Group CEO: "I share Tonys excitement about the future for Caterham Group and am also delighted that Leafield is now up and running. We have worked incredibly hard over the last three years to build a range of businesses that complement each other, have transferrable technology and skills-bases and allow us to attract the best people for each role. Physically, Leafield is the next logical step in the growth of Caterham Group, its location alone allows us to access the pool of talent that is already in place throughout the UKs motorsport valley, but it also plays an important role psychologically. An investment of the level the shareholders have made in Leafield is a sure sign of how long-term their plans for the Group are, and how serious they are about achieving success across all our businesses. We could have taken the easy route  stayed in Hingham, worked with related partners on projects that would have still been cutting edge, but to be able to do everything we want under one banner and with the sort of HQ we now have in Leafield as the jewel in the crown  that takes huge commitment and an unshakable determination to be successful."

"We have a lot of hard work ahead of us but the challenge is what makes what we do so rewarding. In F1 we are closer than ever to achieving what we are still told is impossible and joining the fight with teams that, collectively, have been in the sport for centuries. On the road we are in the final stages of confirming our first roadcar ventures since we took over Caterham Cars and Composites and CTI are recruiting daily to help them meet the growing demands of their existing and new clients, inside the group and across a variety of industry sectors. Now, with Leafield open, we can invite the worlds most prestigious brands from any industry sector to share our vision at our new home."

Mark Smith, Technical Director Caterham F1 Team: "In common with most of the current employees of the F1 team I have moved back nearer to our new base in Leafield and I am very excited about the future this gives us, not just for the F1 team but Caterham Group as a whole. The Leafield site is perfect for our needs in F1, GP2 and all our interests in motorsport now and in the future, and it also gives us the platform to expand into any industry that sees that we can provide new ideas and world-class performance."

"One of the immediate benefits of the move is in attracting people to come and work with us. Since I joined the team in 2011 I have been aware that there have been people we wanted to bring to Norfolk who were reluctant to move their families out of motorsport valley where all the UK based F1 teams, and their associated supply chains and partners, are based. There has never been an issue with people not sharing our vision, being as excited about our future as everyone who works with Tony and Riad are, but it was undeniable that geography may have prevented us from expanding at quite the rate we want to. Now Leafield is open we have no barriers. We are in the heart of the motorsport industry, not only in the UK but worldwide, and we have an aggressive employment plan in place that will help us keep moving up the grid. With so much investment made in giving us this platform to work from now it is down to the people who work in Caterham Group and everybody we work with to help us keep achieving our goals and we could not ask for better motivation than that."
F1 News Caterham F1
.