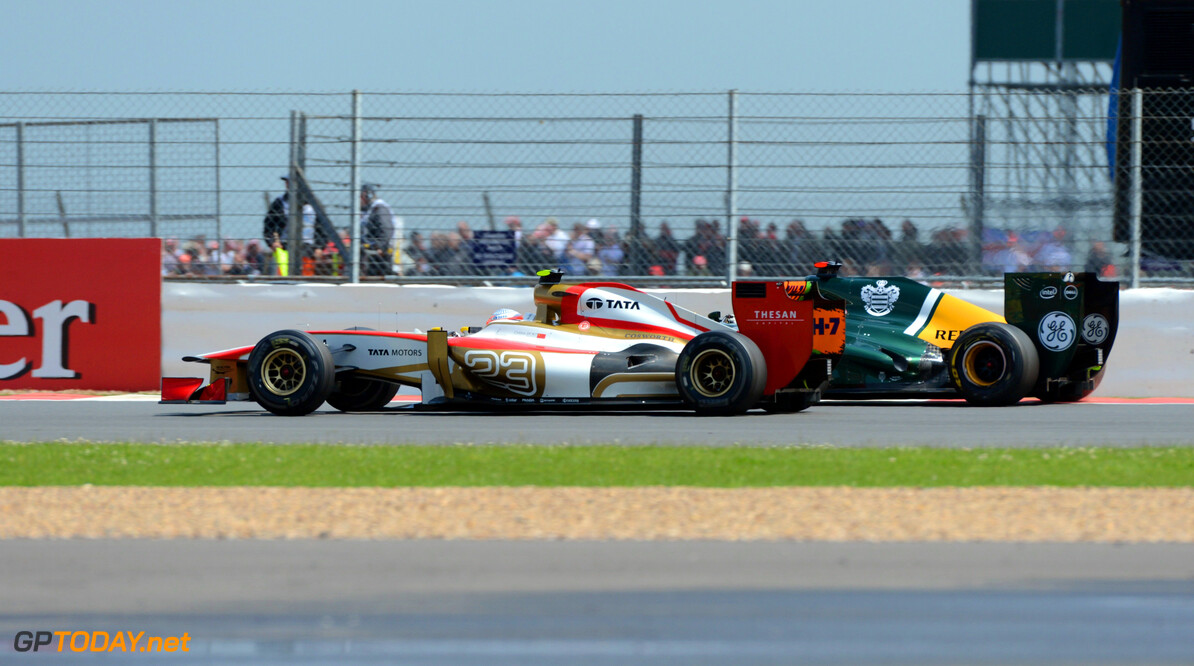 The championship goes from one legendary circuit to another. The Hockenheimring was built by Mercedes-Benz in 1939 as a high-speed test track and it hosted the German Grand Prix for the first time in 1970. Since 2007 the German race alternates between the Nürburgring and the Hockenheimring. In 2002 the circuit underwent major reconstructions due to safety reasons and the new layout is considerably slower than the original one, with it now being a high downforce track.

In Silverstone HRT Formula 1 Team performed better than expected at a track which was foreseen as complicated and in Germany the team aims to be more competitive over a race distance. Dani Clos will step into the F112 once more for the first free practice session on Friday and for the third time this season will join Pedro de la Rosa on the track. Narain Karthikeyan, who didnt take part in last years German Grand Prix, will return to the cockpit in FP2.Pirelli has elected its medium and soft tyres for this Grand Prix.

Pedro de la Rosa: "Hockenheim is a circuit which is a little bit more favourable for us than Silverstone because it's made up almost entirely of slow corners, except for the first one which is quick. We havent brought any upgrades to this track so well try to get the most out of the car with the different options at our disposal. In England we anticipated a tough weekend and we performed better than expected, which is positive. In Germany we will work to continue in this manner and try to take things one step further."

Narain Karthikeyan: "The new Hockenheim circuit is quite different to the old one, which for my liking was more exciting. Before it was quick but now it is slower and a high-downforce track, it is also quite short, not too complicated and very stop-and-go. In the last few races we have proved that our car is quick in qualifying but we haven't yet shown it over a race distance. Weve been working on that and in Germany we are aiming to give our main rivals a fight throughout the entire race."

Dani Clos: "I'm happy to be getting into the car again just a few weeks later; its another very good opportunity for me. I wasn't able to do much mileage in Silverstone because of the weather but my sensations and the work we did were very positive both for me and the team. We did a great job on a wet track and, although it was brief, it was very intense. Hockenheim will be a good opportunity to improve and do more miles with the F112. Besides, it's a track I know and that I find enjoyable, and a place where I have good memories. I'm confident and really looking forward to getting back on to the track."

Luis Pérez-Sala, Team Principal: "We left Silverstone satisfied because we finished with both cars once more, proving a good reliability, and we performed better than expected. The F112 adapts better to the characteristics of the new Hockenheim, but that doesnt mean it's going to be favourable for us. Our objective for this Grand Prix is to maintain our competitiveness and reliability so that we can continue to advance with the consolidation of the team. Something that, step by step, I believe were achieving and it reflects in the efficiency of our work. Im also happy that were giving Dani a new opportunity to run in Fridays free practice session and we hope that this time he can make the most of the session."
F1 News Mercedes Pirelli HRT
<< Previous article Next article >>
.