The 2019 Formula 1 season was captivating, breath-taking and full of exciting grands prix to get our fingernails chewed down to the skin.

And yet, it was once more a season of domination from Mercedes, who walked away with a sixth consecutive double title, 235 points ahead of Ferrari in the constructors’ championship.

Ferrari’s long overdue title success failed to come to fruition in 2019, as it ended up much, much further behind the Silver Arrows – right when it seemed to on a projected path of redemption.

Nevertheless, a star was truly born as F1 witnessed the sensational Charles Leclerc, who was not without errors, but proved to be a strong choice for the Scuderia outfit for their future years. 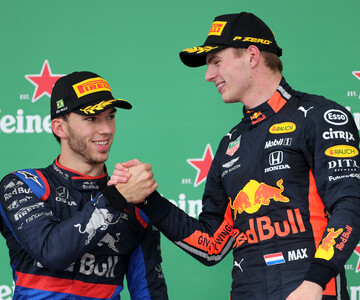 Red Bull’s first year with Honda went down well in the eyes of those connected, as Honda returned to the top step of the podium after some torrid and miserable years with McLaren.

It is telling of how much Honda has progressed, as Red Bull is setting the world championship target for 2020. It would mark a fantastic turnaround for Honda, and restore any pride that was lost when it gained a poor reputation from 2015 to 2017.

The gap to the midfield from the top outfits was once more a large one, and yet that didn’t stop three drivers from the lower pack claiming top three results throughout the year. Is that enough? Should three top-three finishes out of a possible 63 in 2019 be hailed?

Whatever the viewpoint, McLaren’s year was rounded off nicely as it returned to the podium step – albeit long after the race had ended, in Carlos Sainz’s case.

The refreshed McLaren team, equipped with two young and excited drivers, endured a positive year as it jumped to the top of the midfield with a car that could consistently be improved. 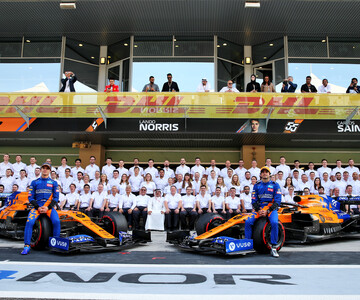 It made a stark difference from the frustrated radio messages of Fernando Alonso that were broadcast weekend after weekend in 2018, when the team ended the year with one of the slowest cars.

While McLaren was arguably the biggest gainers compared to last year, there is more scope for debate over who the biggest losers were.

Ferrari certainly falls into that category, but the disappointing year for Renault can’t be overlooked, who almost found itself behind Toro Rosso in sixth place in the championship.

After clinching the top spot in the midfield fight last year and securing the services of the established Daniel Ricciardo, it was a tough season for the Enstone squad, who will be aiming to rise and go beyond the bar set by McLaren.

Haas’ season was riddled with challenges, from car performance to a very public collapse of its title sponsor – it was by far the most difficult of years yet for the relatively new American team. 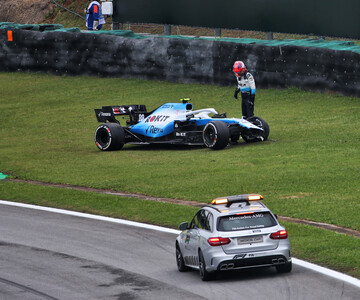 What else is there to say for Williams, who started and ended 2019 far off the pace of its rivals.  It’s a sad demise and yet there still seems to be spirit and hope within the team that it can return to glory, which is admirable. There doesn’t seem to be any apparent quick fix, so only time will tell what happens there.

Racing Point’s transitional can be considered a success considering the team was in a difficult place heading to Australia following a difficult winter test. Its end of season form, particularly on Sergio Perez’s side of the garage, didn’t fail to catch the eye – reinforcing the strength of the Mexican racer.

A wrap up of the year would not be complete without considering those who we have lost. Firstly Charlie Whiting, who did so much for F1, it is impossible to capture in a paragraph. Charlie is missed, but his legacy will surely live on forever.

Having been absent from the F1 paddock for a number of months, Niki Lauda passed away, with the Monaco Grand Prix feeling more like an event to remember the three-time world champion rather than an F1 world championship round.

The sport that we love can so often capture is and drag us in, but it can never fully prepare us for the loss of a drivers’ life during a race. On August 31st, Anthoine Hubert died after a 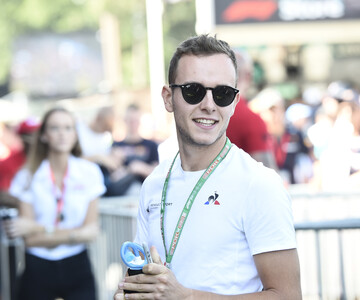 horrific crash at Spa-Francorchamps, cutting short what was shaping up to be a fantastic career for a motivated racer.

Anthoine has been forever embedded into the Formula 2 category following the introduction of the Anthoine Hubert award – but his skill and passion as a driver can’t ever be overlooked.

So, farewell 2019. It has been a frantic 12 months, but 12 months that live long in the memory. Rest in peace Charlie, Niki and Anthoine.

United States of America
Circuit of the Americas
28 - Oct 30

United States of America Circuit of the Americas
28 - Oct 30