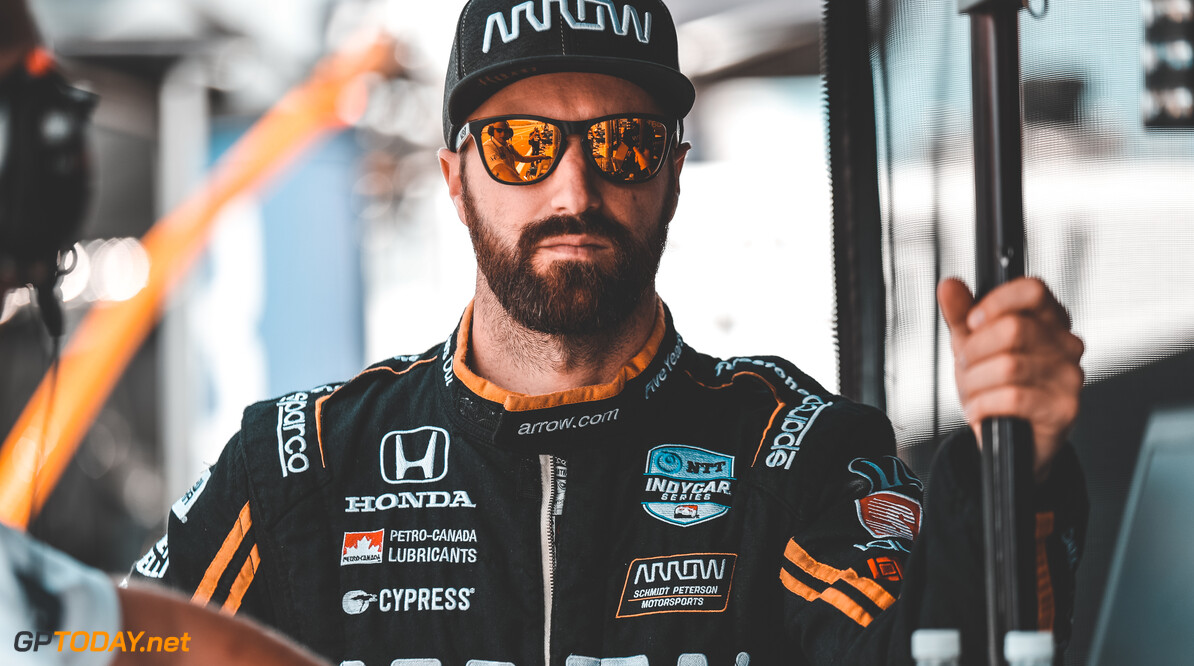 Hinchcliffe gets three-race drive at Andretti, including Indy 500

Andretti Autosport has announced that it has signed James Hinchcliffe to compete at three races during the 2020 IndyCar season in partnership with Genesys.

Hinchliffe will race at the GMR Grand Prix in Indianapolis, the 104th running of the Indianapolis 500, and also at the Texas 600 in June.

The Canadian driver lost his seat at Schmidt Peterson Motorsport at the end of 2019 when McLaren joined the team, announcing Patricio O'Ward and Oliver Askew as its drivers.

The future of the 33-year-old has been in doubt for a number of months, but it has now been confirmed that the six-time race winner will be part of the 2020 IndyCar season.

"It’s no secret that the 2020 season isn’t going to be exactly what we were expecting, but being able to start the new year with the announcement that Genesys was stepping in to save our season and partner with us was awesome.

"And now adding the next big piece in my reunion with Andretti Autosport just really makes it feel like the momentum is going our way. I can’t wait to work with this group again and to get back behind the wheel of an IndyCar!”

His last race win in the premier single-seater North American series came at the same venue in 2018.

Andretti Autosport added: “We’re really pleased to be able to welcome James back into the Andretti team. He has, for sure, been knocked down a few times by this sport and to be able to help him meet the challenge is really special.

"We had a lot of fun, and some great successes with James when he was part of the team before, and we’re really looking forward to picking up where we left off.

“I’d also like to welcome Genesys to the Andretti family for their first experience in INDCYAR racing. We now have three, major Indiana-based companies in our portfolio, along with several other brands that call Indianapolis home.

"It’s special to see these companies supporting Indiana’s home sport of INDYCAR racing, and we’re proud to carry them each with us. We are looking forward to working with James and the Genesys team to deliver both on and off-track success.”