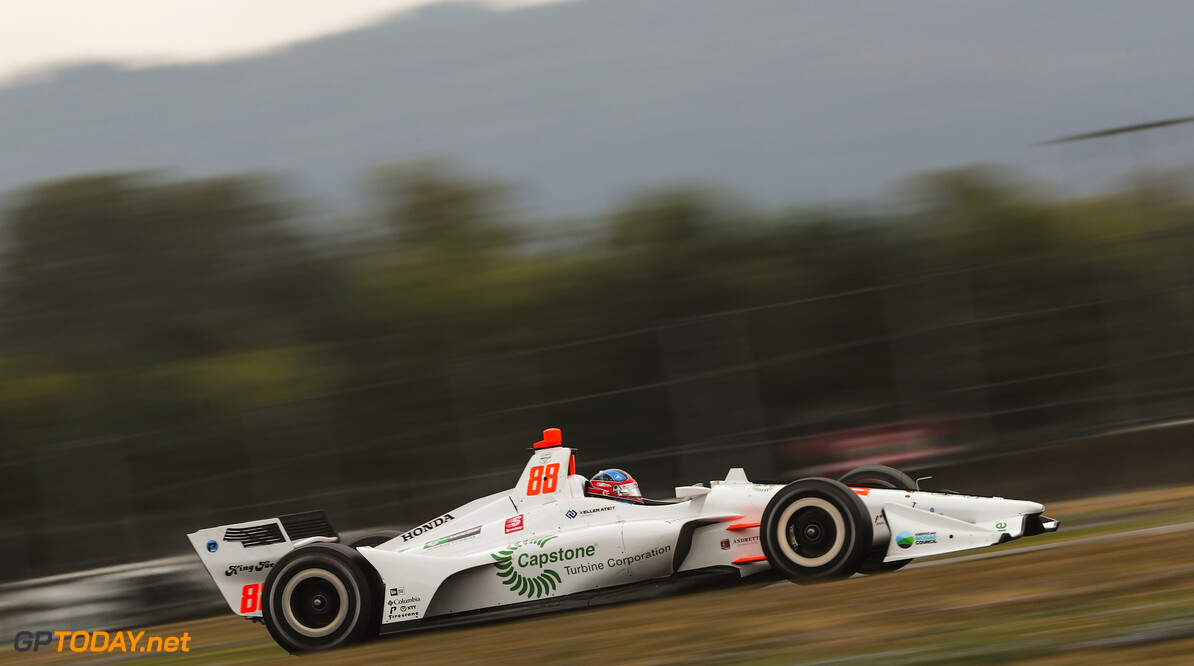 Colton Herta has taken his second career pole position as he came out on top in a closely contested qualifying session at Portland.

The 20-year-old Californian-born driver set a 57.8111 on his final flying lap in the Fast Six, to displace Will Power, who had jumped to the top spot moments before.

Dixon didn't have the pace to jump ahead of Power, while Herta improved marginally on his last lap to take his second pole after Road America earlier this year.

Jack Harvey had a strong session in the Meyer Shank Racing entry to go fourth when the chequered flag dropped, ahead of Felix Rosenqvist and Ryan Hunter-Reay.

Alexander Rossi failed to progress into the Fast Six but line-up in seventh, far ahead of his championship rivals.

It was a troublesome session for the Penske's of Josef Newgarden and Simon Pagenaud, who will take the start of tomorrow's race in 13th and 18th respectively.