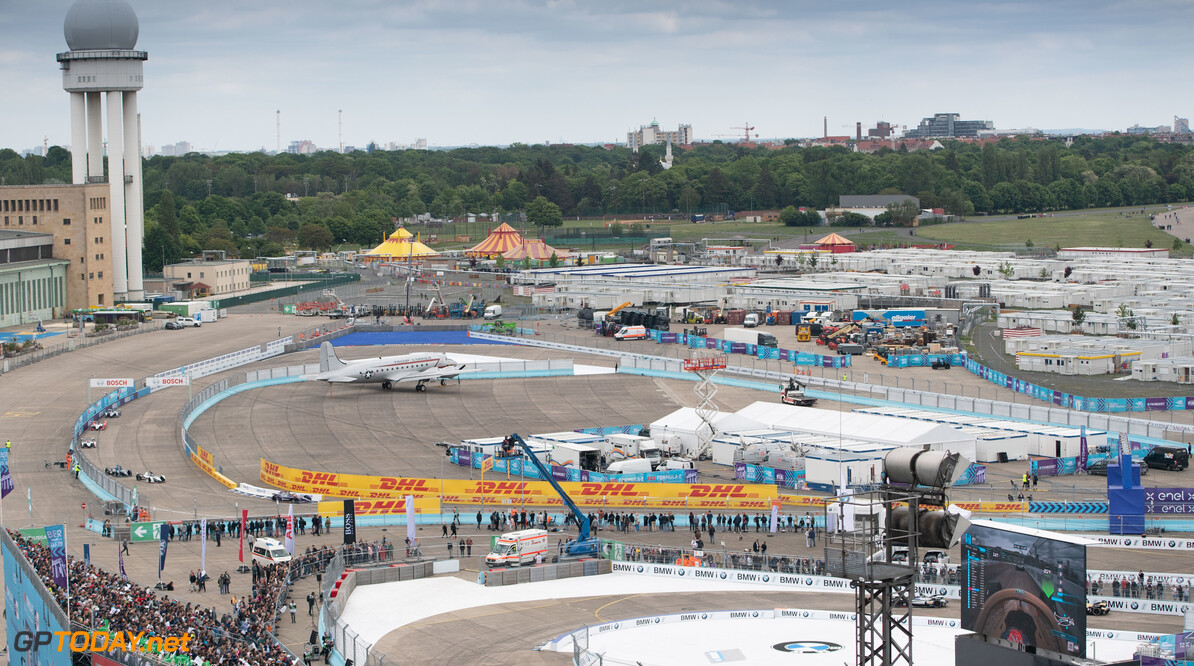 Formula E has announced that it will resume racing in August, with six races occurring in nine days at Tempelhof Airport in Berlin.

The all-electric championship was halted earlier this year amid the ongoing spread of the coronavirus, but outlined the aim to return later in 2020 to conclude the season.

Instead of travelling to multiple circuits, Formula E has confirmed that Berlin will be the venue of the final six races of the year, which will span from August 5 to August 13.

Each pair of races will use a different track configuration, meaning there will a total of three alternate layouts used for the races.

The series last raced at the end of February in Marrakesh, which was won by Antonio Felix da Costa, who currently leads the drivers' championship.

Formula E will also be implementing strict safety procedures, which include a maximum of 1,000 people being on-site including local suppliers and medical crews. All other operations will be performed off-site.

Mandatory COVID-19 testing will take place prior to the events and face masks will be used by those occupying the area. Social distancing must be observed, and there will be a limit on movement around workspaces.

CEO of Formula E Jamie Reigle said: “Since taking action to suspend our season in March, we have emphasised a revised calendar which places the health and safety of our community first, represents Formula E’s distinct brand of city-centre racing and offers an exciting conclusion to the compelling season of racing we had seen so far.

“We’re heading to Berlin Tempelhof, a venue that our teams, drivers and fans love, to stage a nine-day festival of racing with three back-to-back double-headers.

"The festival will feature three track layouts, presenting a new challenge and creating the conditions for an unpredictable and drama-filled climax to our season.

“The team at Formula E has been working incredibly hard over the past weeks to enable us to go racing again in Berlin. I’d like to thank the FIA, our manufacturers, teams and partners for their continued support, the city of Berlin for their cooperation and flexibility and our fans for their patience."