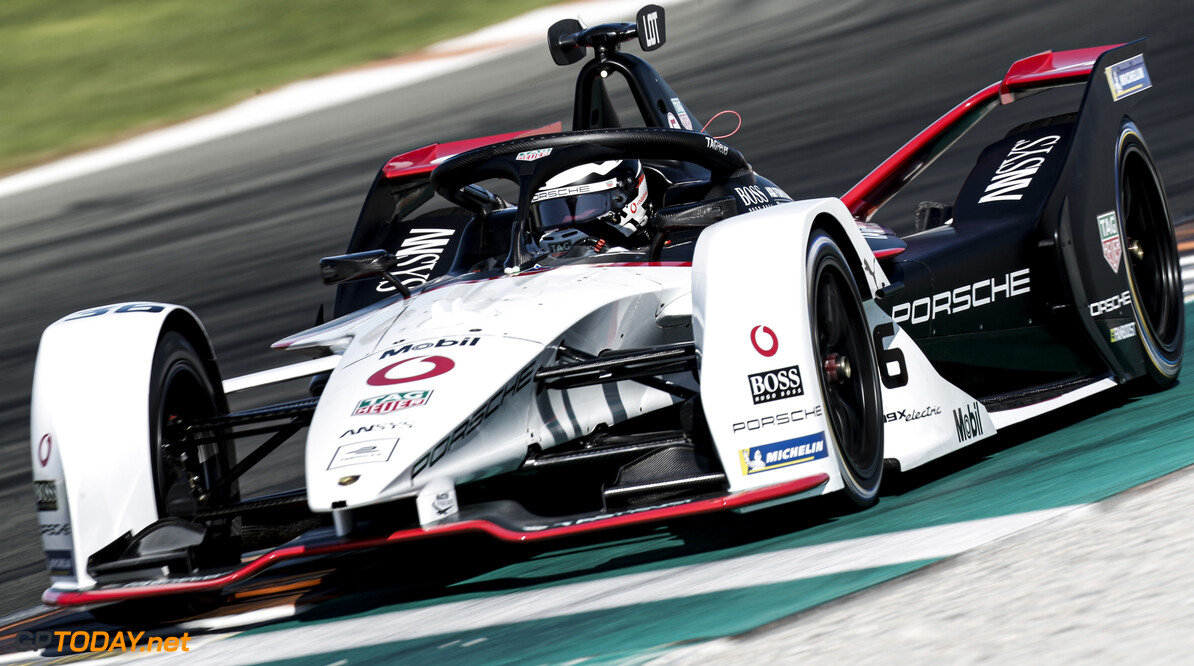 Andre Lotterer was left happy with the "promising" potential of the Porsche 99x Electric despite enduring a not so smooth opening two days of pre-season testing.

On Wednesday at Valencia, the German driver ended the session in 18th place after missing out on a chunk of running due to a crash and also a battery issue which impeded his run plan.

“Tuesday was ok, we had a few things we didn’t want but that’s part of learning, we didn’t use the maximum potential," Lotterer told e-racing.net.

"It was promising and in the morning [Wednesday] we had good pace compared to the others, until I brushed the wall and took time to repair the front right and rear right.

“Also we had some issues with the batteries that delayed us somehow which was not in our hands. Then we were chasing time and put in some laps at the end, I managed to do a 1:15.9 at that time, I think the fastest was a 1:15.4.

“It’s a pity because it wasn’t really in our hands, the car wasn’t ready [for race simulation] with the battery issue. It happens sometimes, but the timing was just a bit unfortunate.

“Most importantly we have a lot of data, a lot of things to adjust and learn, we’re mainly working on balance and programming.”

Lotterer has joined the Porsche FE team after spending two years at Techeetah, with the former completing the in the all-electric series for the first time.

Lotterer has previous experience with Porsche, having raced with it in the World Endurance Championship in 2017.

“I didn’t need names and to learn who’s who,” Lotterer said of his arrival at Porsche. “This is for sure a gain and I’m very happy to be part of the team in this new challenge.”