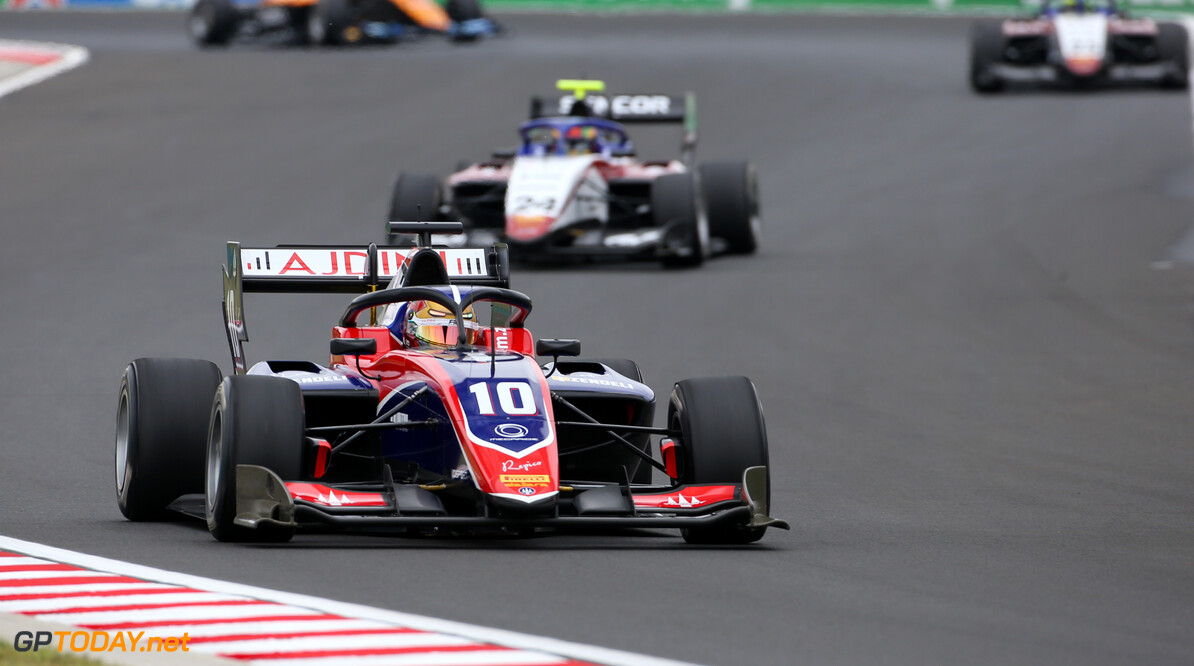 Trident's Lirim Zendelli took the win this morning in Belgium, ahead of Theo Pourchaire and teammate David Beckmann.

Pole sitter Zendeli led away from Pourchaire. The second ART of Aleksandr Smolyar challenged teammate Pouchaire for second position down the Kemmel straight but could not get around the Frenchman.

Clement Novalak and Andreas Estner were left with punctures on the opening lap after contact at the first corner, while Enzo Fittipaldi also suffered a puncture on the second lap.

Liam Lawson moved up to sixth in the opening laps, while Beckmann was able to pass championship leader Logan Sargeant for fourth.

Alessio Deledda was the next car in trouble, spinning at the Les Fagnes chicane and beaching his Campos in the gravel, bringing out the virtual safety car.

The virtual safety car came to an end on lap five, with Beckmann stealing third from Smolyar at the Bus Stop chicane. Smolyar retook the position down the Kemmel Straight on the following lap.

Fourth and fifth went to Smolyar and Oscar Piastri, as Frederik Vesti and Olli Caldwell crossed the line in sixth and seventh.

Beckmann soon took third once again, passing the Russian on the following lap, as Zendeli managed to pull himself a second away from Pourchaire and out of the DRS.

Alexander Peroni went wide at Raidillon after a brief loss of traction but continued challenging Sebastian Fernandez for eleventh.

Lawson made contact with Piastri as the Prema looked to pass for sixth. Both cars banged wheels and cut the corner at Les Combes but both drivers continued in the race.

Piastri was forced to hand the position back to Lawson but quickly reclaimed the position, as Sargeant began to lose pace with five laps to go with an engine issue.

Sargeant lost his fifth position to teammate Piastri due to the issue, as the third Prema of Frederik Vesti relegated the American to seventh. Olli Caldwell then got by Sargeant also, as the Trident pushed Sargeant down to eighth.

Sargeant took the chequered flag in eighth after his issues, while Lawson could only manage ninth after suffering from tyre wear during the closing stages of the race.

Richard Verschoor took the final point in tenth and will start tomorrow's race on pole position.