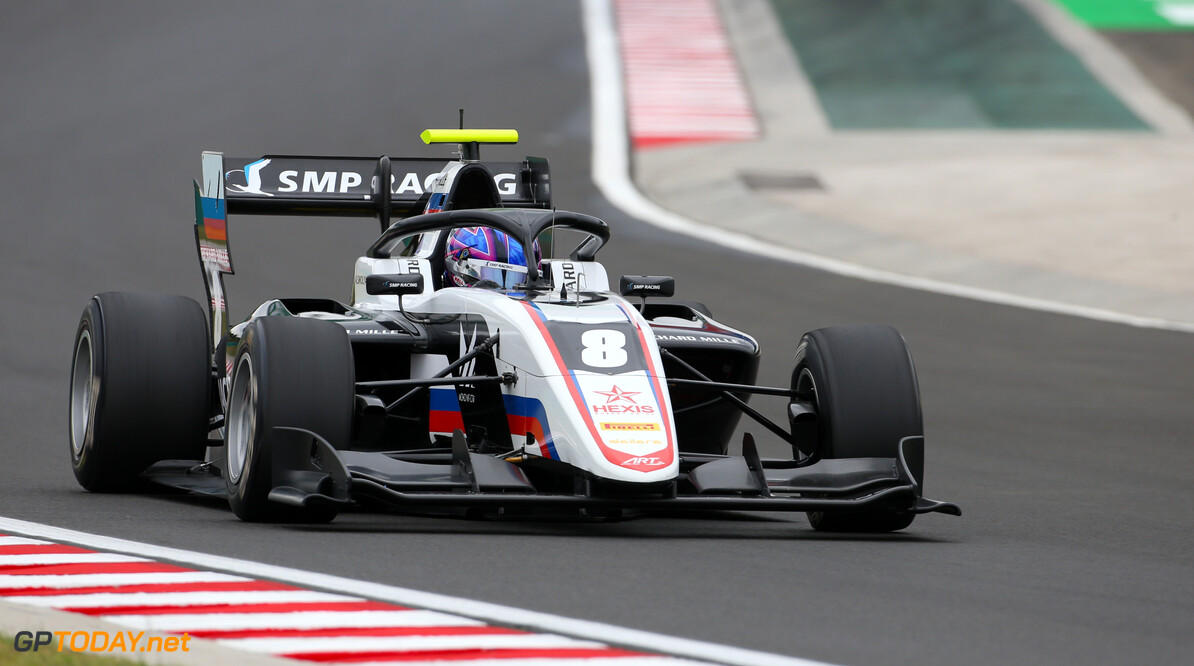 Aleksandr Smolyar has taken his first career pole position in the FIA Formula 3 championship, edging out Prema's Logan Sargeant by three-tenths of a second.

The session was delayed after heavy rain hit the Hungaroring before the original time slot. Although the green flag was waved, the session was postponed after Lirim Zendeli and Liam Lawson slipped off the road on the same corner.

However, it was eventually restarted after the F1 and F2 action from the day concluded, with Russian Smolyar coming out on top in the battle against Sargeant.

Theo Pourchaire was third and will share the second row for the start of the Feature Race with Frederik Vesti.

Sebastian Fernandez, who claimed pole position at the opening qualifying session of the year in Austria, was seventh fastest, ahead of 2019 Macau Grand Prix winner Richard Verschoor.

POLE FOR SMOLYAR!@AlexSmolyar1 aces the conditions and takes his first pole position for ARTGP?ref_src=twsrc%5Etfw">@ARTGP in Formula 3! 👏#HungarianGP 🇭🇺 #F3 pic.twitter.com/Q464sgAgOt