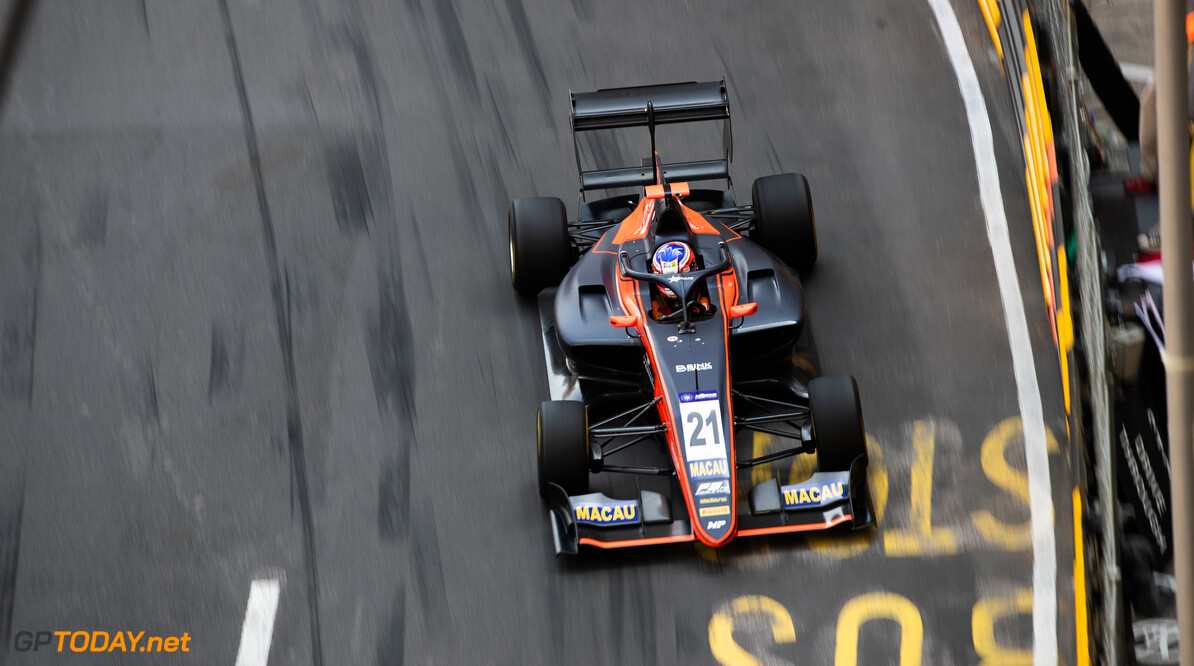 Richard Verschoor has secured the Macau Grand Prix win, fending off a challenge from Juri Vips in the final laps to take the chequered flag.

Verschoor started the race from fourth on the grid, but made his way up to second place by Turn 3, passing Christian Lundgaard and Robert Shwartzman with a strong slipstream.

Shwartzman and Lundgaard came together and they jostled for track position on the straight, leaving Shwartzman with damage and forcing him out of the race.

Vips, who led the pack away from pole position, retained his lead in the opening laps but was soon passed by Verschoor, who made his move into the Lisboa corner.

In the final laps of the race, Vips closed onto the rear of the Dutchman, but couldn't get passed the former Red Bull junior.

Logan Sargeant took a surprise podium for Carlin, as he passed Lundgaard during the race for third position - redeeming his weekend after being involved in a lap one crash on Saturday.

While Saturday's race saw an array of cars come a halt at Turn 3 due to a track blockage, all cars got through cleanly on the second time of asking.

Ferdinand Habsburg was the first driver to retire from the race, crashing on his own. Moments after the Austrian's retirement, Leonardo Pulcini hit the wall at Turn 3.

Olli Caldwell also retired from the race in the pit lane, while soon after Sophia Floersch came to a stop out on track, which deployed the virtual safety car.

At the race restart, Vips attacked Verschoor into Lisboa, and nearly lost control of his car on the outside line, but managed to keep it out of the wall.

Lundgaard crossed the line in fourth place ahead of Alessio Lorandi. Callum Ilott was sixth, having only experienced the 2019 FIA F3 cars for the first time this weekend.

David Beckmann was ninth, while Frederik Vesti, who stepped in to replace Jehan Daruvala at Prema for the event, completed the top ten.