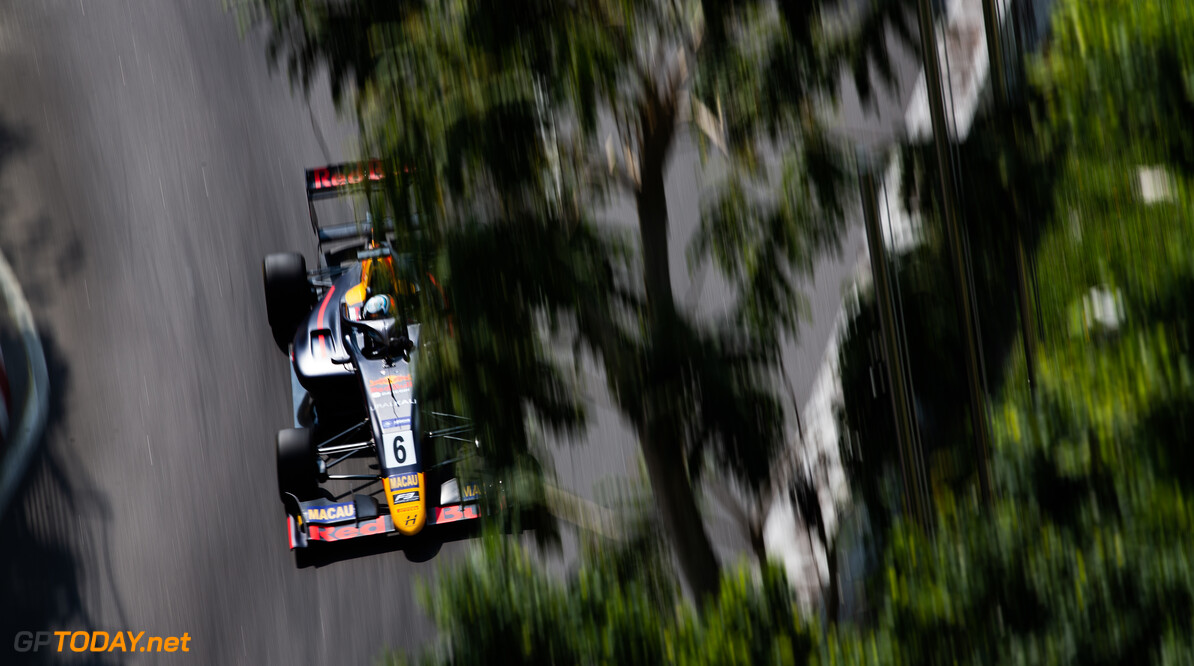 Red Bull junior driver Juri Vips took the race win the qualifying race at Macau, crossing the line one and a half seconds in front of Robert Shwartzman.

Vips launched off the line perfectly and lead away from pole position, with Shwartzman following after starting on the front row alongside Vips.

The duo streaked away from the rest of the field throughout the 10-lap event, however Shwartzman couldn't find a way past Vips for the lead of the race.

The race was placed under a safety car on the opening ap after several cars were involved in an accident at Turn 3.

Logan Sargeant tagged Arjun Maini at the Lisboa corner, while several other cars, including Enaam Ahmed and Jakes Hughes made contact.

With the circuit blocked, it took some time before the cars that were forced to come to a halt to get going again and rejoin onto the back of the cue.

Christian Lundgaard was third for ART, crossing the line over five and a half seconds down on race-winner Vips.

Richard Verschoor was fourth, completing a late-race overtake on Callum Ilott to take fourth place, with the latter having to settle for fifth place.

Despite his contact on the opening lap, Sargeant crossed the line in sixth in front of Alessio Lorandi and Ferdinand Habsburg.

David Beckmann was ninth, while the Campos of Leonardo Pulcini rounded out the top ten.