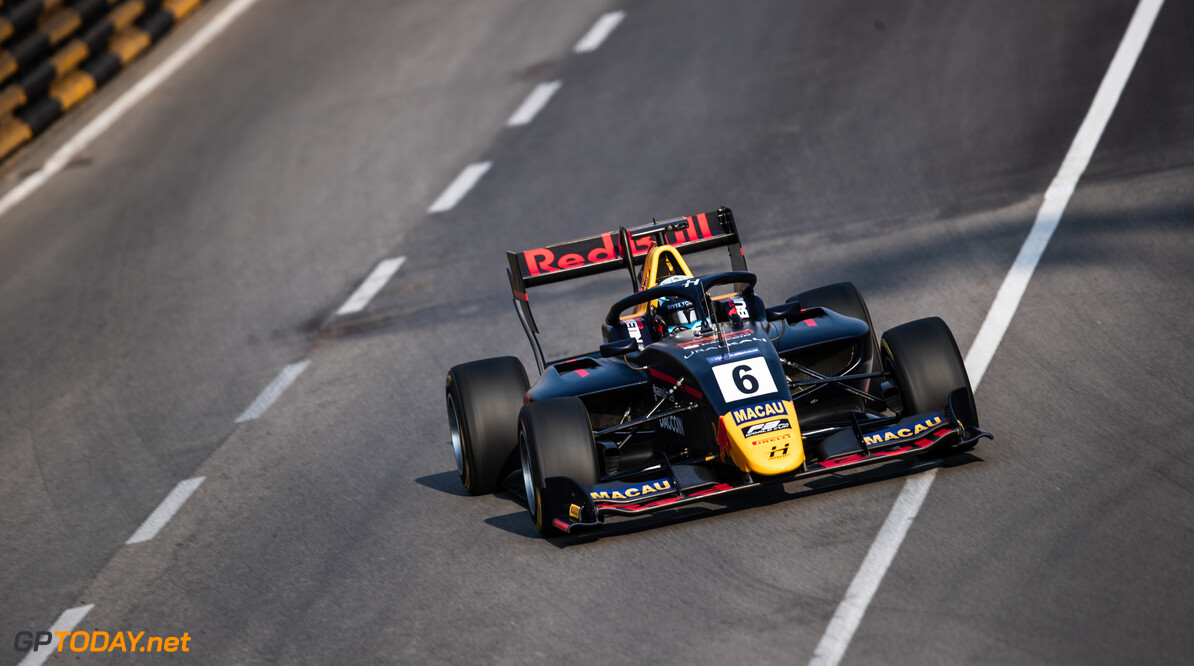 Vips storms to pole in Macau

Red Bull junior driver Juri Vips has taken pole position for the qualifying race at Macau, setting the fastest lap time ever at the historic event.

Vips ended the session on a 2:04.997, which was almost four-tenths of a second in front of 2019 FIA Formula 3 championship Robert Shwartzman.

Behind Shwartzman and completing the top three was Callum Ilott, who drove the F3 car for the first time on Thursday morning during FP1.

Shwartzman's teammate Marcus Armstrong was the first driver to get below the 2:06's, but found himself in the wall after jumping to the top of the timesheets.

As the session times tumbled, Armstrong was recycled down to ninth place, managing to stay in front of Logan Sargeant, who rounded out in the top ten on his debut for Carlin.

Frederik Vesti was seventh in the third Prema car, going marginally faster than Arjun Maini, who managed to jump the retired Armstrong.

Armstrong wasn't the only driver to meet the barrier in the session however, as Leo Pulcini and Enzo Fittipaldi both hit the wall at the same corner as Armstrong during the session.

On his return to Macau, former Red Bull Dan Ticktum, who has won at the event in 2017 and 2018, ended up in 13th for Saturday's qualifying race.

The first race of the Macau weekend with the F3 cars gets underway at 9 AM local time, which translates to 2 AM in Central European Time.