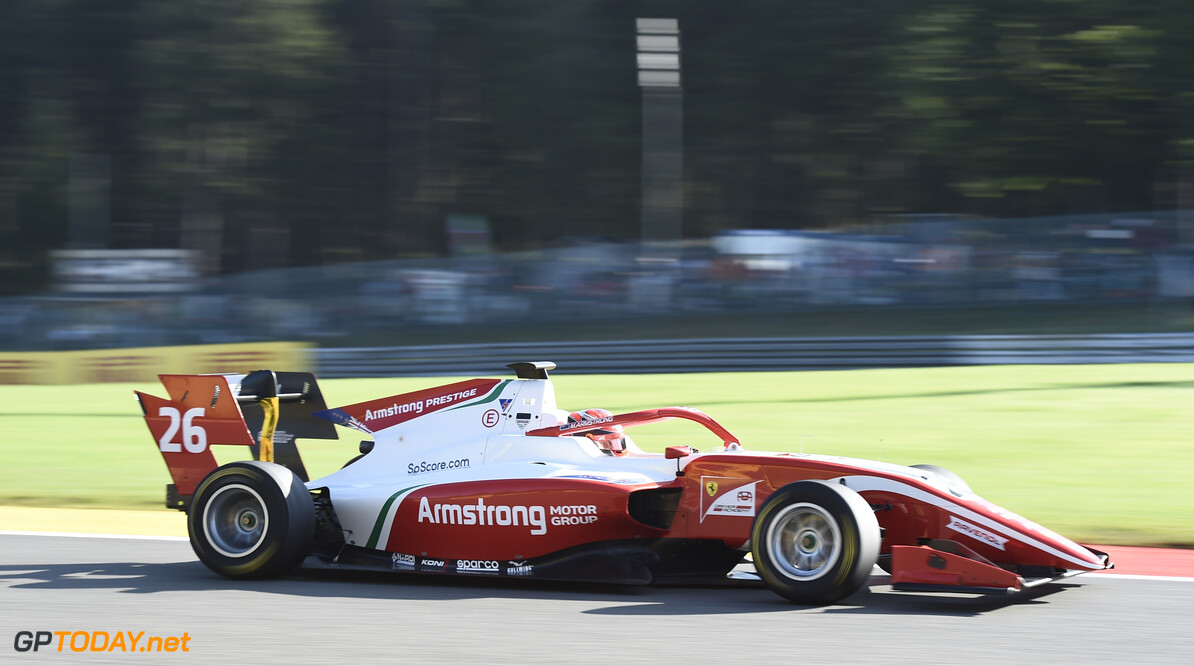 Sprint Race: Armstrong unchallenged on his way to victory at Spa

Marcus Armstrong dominated the Sprint Race in the FIA Formula 3 championship to take his second win of the season.

The Prema driver started the race from reverse grid pole position and faced no challenge from behind, leading the entire 17 laps.

A portion of the race was held under the safety car as MP Motorsport's Simo Laaksonen had a major crash at the high-speed Blanchimont corner - however it was reported trackside that the driver was okay as he was taken to the medical centre.

The entire car disappeared underneath the barrier, sprouting fears after Anthoine Hubert's fatal accident in the Formula 2 championship on Saturday.

Prior to the start of the race, there was a minute's silence in honour of Hubert.

Yuki Tsunoda picked up his first podium finish of the season after a tense battle with Christian Lundgaard.

Lundgaard overtook the Japanese driver for second place, however Tsuonda held on and managed to repass the ART driver soon after.

Robert Shwartzman picked up the final spot on the podium, managing to make his way ahead Lundgaard on the final lap, breezing past the Dane on the Kemmel Straight.

WIth Jehan Daruvala finishing fifth, Schwartzman extends his lead at the top of the F3 standings.

Saturday's race winner Pedro Piquet was sixth ahead of Leonardo Pulcini and Teppei Natori, who secured the last point for Carlin Buzz Racing.

Juri Vips' championship challenge took a major hit as he lost his front wing at the safety car restart, dropping him to the back of the field.

The Estonian driver made contact with Max Fewtrell at the bus stop chicane, with Fewtrell eventually going on to retire from the race.