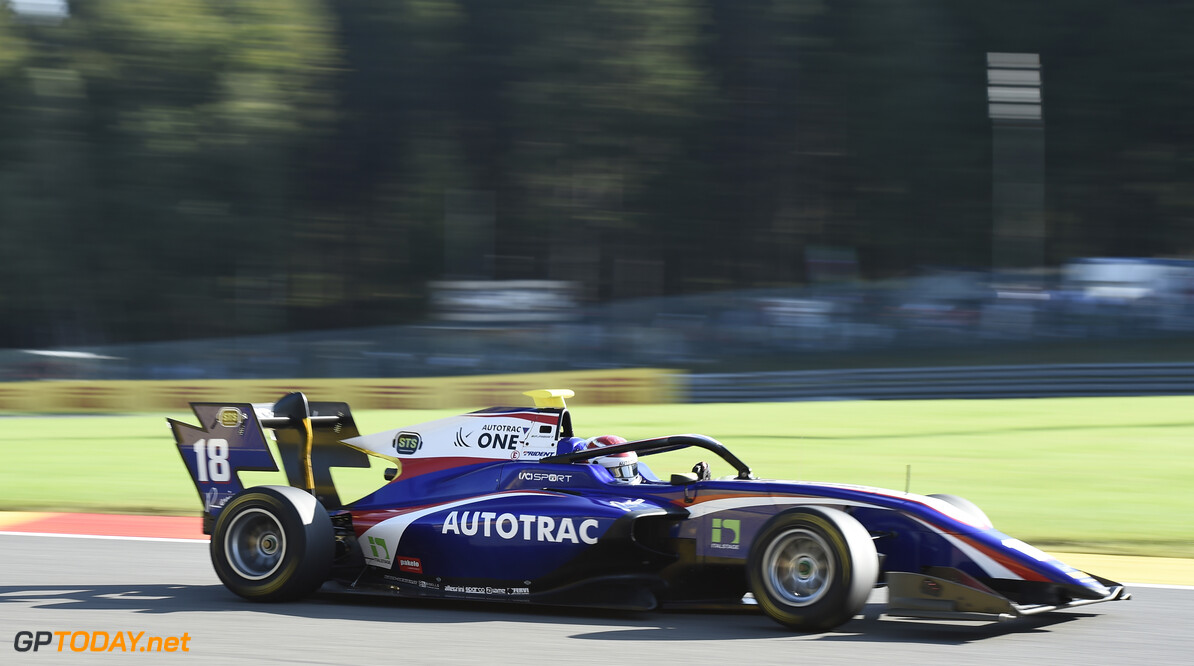 It was the Trident of Pedro Piquet that managed to take top honors this morning at Spa-Francorchamps as championship leader Robert Shwartzman followed behind in second. Prema's Johan Daruvala came home to take the final podium spot in third.

Pole man Daruvala managed to hold the lead from Piquet going into La Source, but lost out to the Brazilian driver as the cars made their way down the Kemmel straight, as Jake Hughes spun coming through Les Combes.

The HWA driver was clipped coming into the corner by Carlin's Logan Sargeant and was left facing the wrong way for which he would later receive a five second penalty, while Alex Peroni saw an early end to his race after contact with Devlin DeFrancesco, causing a brief virtual safety car on the first lap.

Fourth and fifth positions went to Christian Lundgaard and Juri Vips while Yuki Tsunoda and Leonardo Pulcini came across the line to finish in sixth and seventh.

Pulcini had a great start to the race going from eighth to third in the first lap, as Tsunoda made a brilliant move down the Kemmel straight to overtake both Pulcini and Daruvala to take second.

Championship contenders Shwartzman and Vips were making quiet progress up the field as they both found a way past Tsunoda for fourth and fifth as they chased the top three for a spot on the podium, Tsunoda eventually dropping down and retaking fifth from Vips.

Shwartzman managed a pass on Daruvala to take an important second place from another championship rival, as it all kicked off in the midfield as Max Fewtrell and Marcus Armstrong battled for eighth, Fewtrell trying to hold on to eighth and pole position for tomorrow's reverse grid race.

A lock up for Fewtrell allowed Armstrong to eventually get by down the Kemmel straight and take the reverse grid pole off the British driver.

A tight battle for fourth saw Juri Vips take fourth as four drivers battled going into Les Combes, with Lundgaard going wide and over the run-off risking a possible penalty. Lundgaard would rob fourth from Vips when the Estonian driver locked up coming into the final corner at the Bus Stop chicane.

Eighth and ninth went to Armstrong and Fewtrell, Armstrong taking pole for tomorrow's race, with David Beckmann rounding out the top ten.