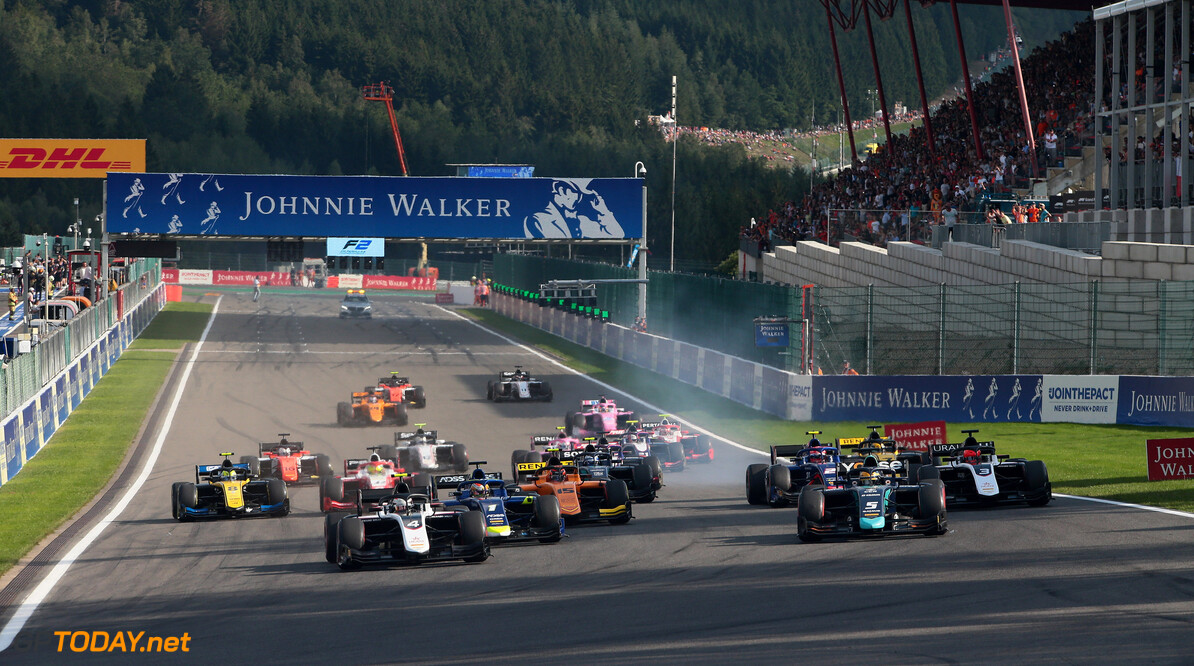 The Formula 2 feature race at Spa this afternoon was red-flagged during the second lap after a massive accident at the top of Raidillon, the decision soon taken to not restart the race.

The session was stopped after the massive accident which involved drivers Marino Sato, Antoine Hubert, Giuliano Alesi and Juan Manuel Correia, Correia ending upside down in the brutal incident.

Championship leader Nyck De Vries led away from from pole position ahead of  Sergio Sette Camara, as Louis Deletraz made a great start to take second, Sette Camara going wide at La Source.

Championship contender Nicolas Latifi suffered a puncture on the first lap after a tap from Mick Schumacher coming into La Source.

When the cars returned to the pitlane, it was then decided that the race will not be restarted and no points awarded for the feature race, as officials and medical crew tend to the scene of the accident.