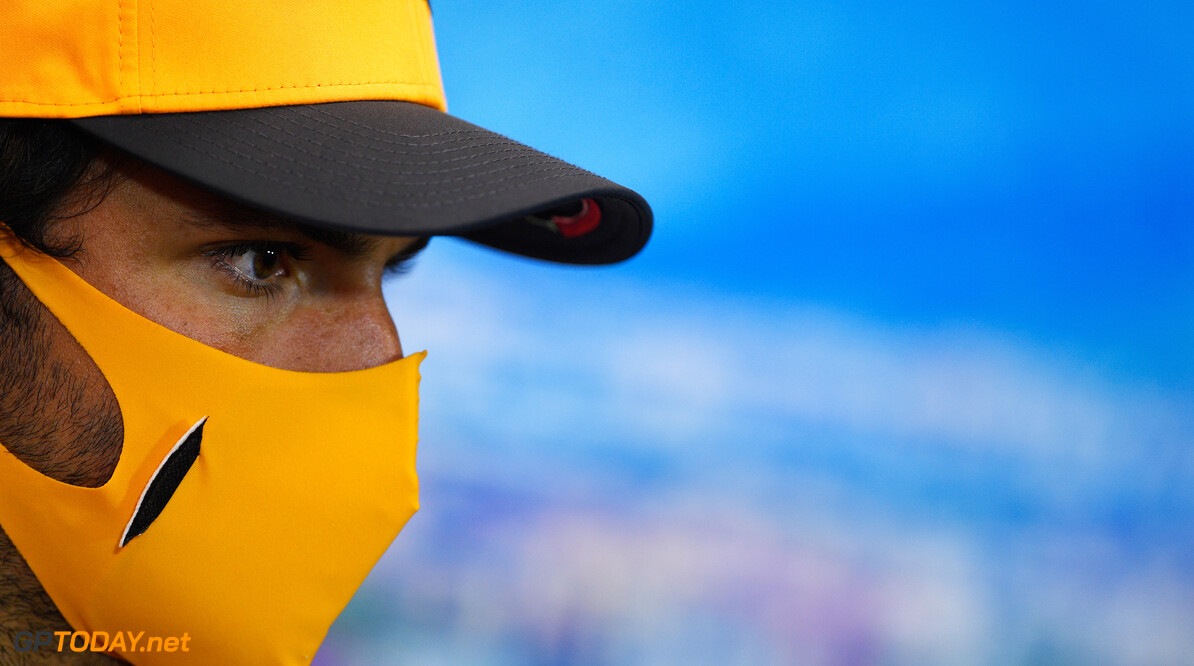 Drivers Carlos Sainz, Antonio Giovinazzi and Kevin Magnussen have given their say on the pile-up that occurred between the drivers during yesterday's Tuscan Grand Prix.

The trio, along with  Williams' Nicholas Latifi was involved in a four-car pileup during the first restart of Sunday's race, where a number of cars sped up and slowed down on the straight, triggering an incident at the back of the field.

Sainz believed it was down to a number of cars believing the race had been restarted by leader Valtteri Bottas, and sped up but was forced to slow down again on the straight.

"I was stuck behind an Alfa and we were both getting the slipstream and both nearly racing already. As soon as everything opened in, suddenly I found three or four cars crossed in the straight and I just took a couple of them with me."

Alfa Romeo's Giovinazzi labelled the incident as 'really dangerous,' claiming he was one of the drivers who believed the race had restarted because of the pace of the cars around him, before coming across the slow-moving Haas of Magnussen.

"I think it can be really dangerous like that," Giovinazzi said.

Magnussen echoed Sainz's comments about some drivers speeding up and slowing down and said the cars around him were 'at least a couple of seconds' at full speed on the straight before the incident occurred.

"I haven't watched from all the cars ahead but my feeling is that somebody backed off to then go and then try gain momentum," Magnussen noted.

"I don't know but for sure, the guys behind me saw a couple of cars ahead and they went. We were full throttle for at least a couple of seconds and then they stopped again right before the line and I had to stop, the car behind me had to stop and eventually, somebody couldn't react and there was a massive crash."