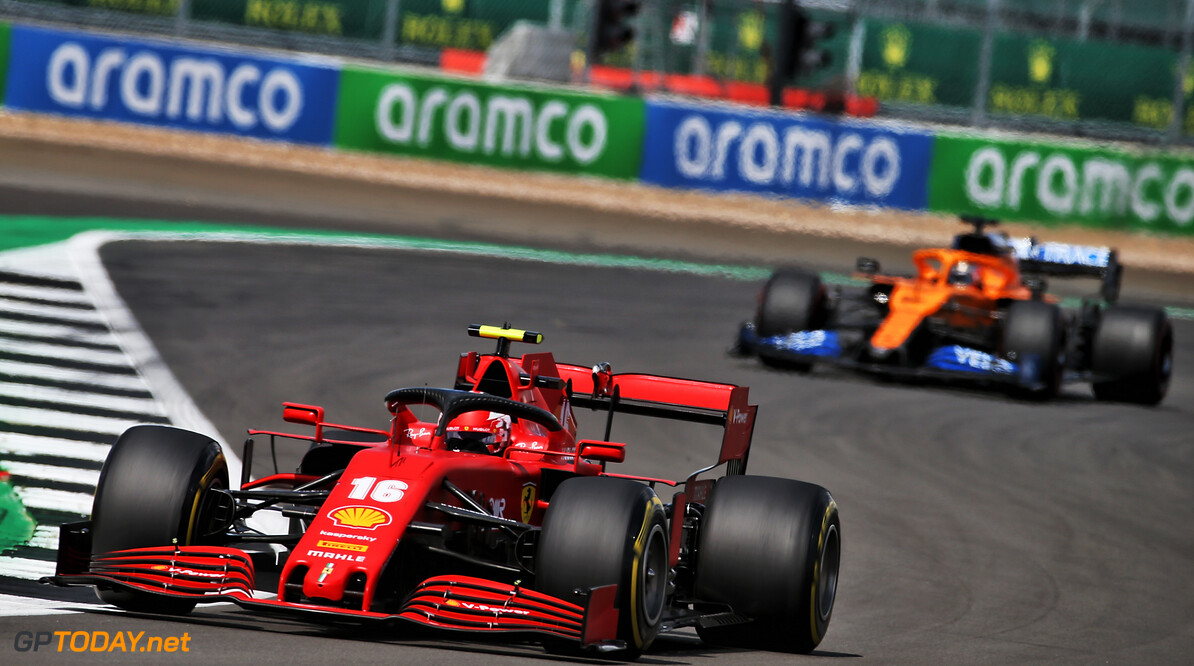 Ferrari's Charles Leclerc was impressed with being able to take fourth during Sunday's 70th Anniversary Grand Prix, hailing the position as like a victory given the current performance of the team.

Leclerc managed to move up the order and finish one place off the podium after going for a one-stop strategy, thanks to the pace he had on the hard compound tyres.

"It feels like a victory, it's not great to say that once you finish fourth but [the] reality is we are not quick enough but today it was very impressive. I don't know where we found the pace.

"We were very, very quick on the hard tyres, especially towards the end of the stint so extremely happy with the job we have done today."

Sunday's race all about choosing battles

Leclerc believed a lot of his good result came from knowing what battles to fight out on track and being able to pick out which drivers he needed to be in front of.

Using the example of his on-track battle with Mercedes' Lewis Hamilton, Leclerc explained how he initially allowed the Briton past due to not being on the same strategy but the move eventually allowed him to defend after Hamilton made his second pitstop in the closing stages of the race.

"Yeah it was very close with Lewis," Leclerc noted.

"I had to choose my battles because obviously the first time I had Lewis behind me we weren't on the same strategy and I didn't expect to fight with him towards the end of the race.

"Then at the end I tried to defend as much as possible but he was obviously too quick."