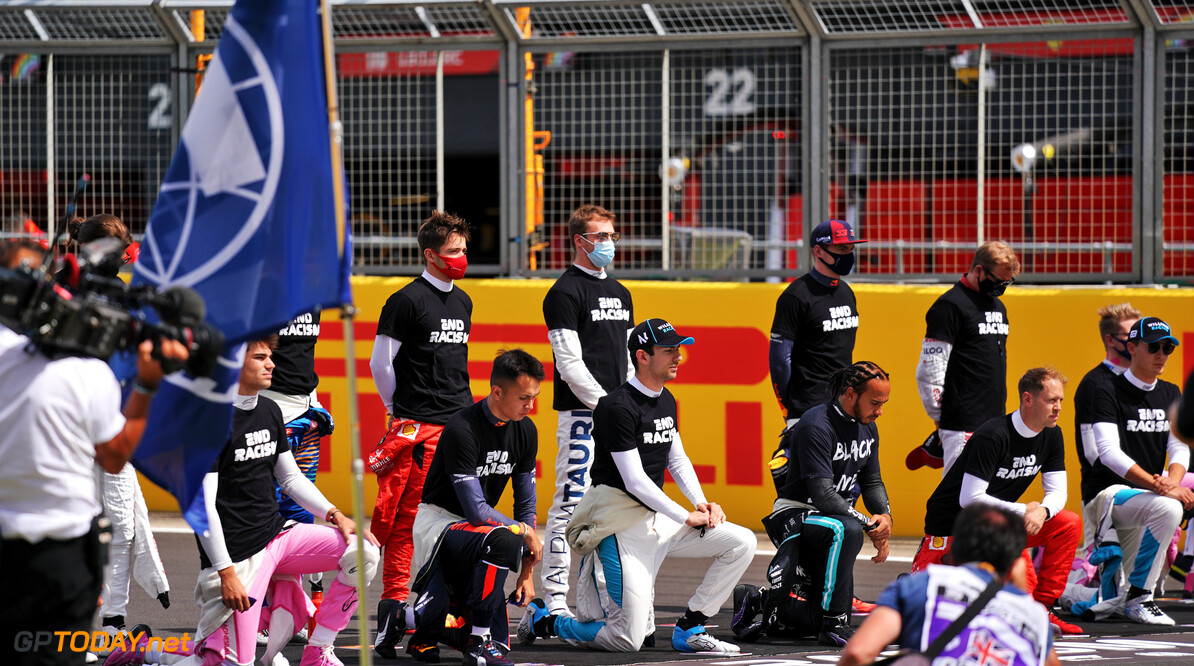 Lewis Hamilton says he was much more satisfied over how Formula 1's pre-race stance against racism played out ahead of the British Grand Prix on Sunday.

While F1 gave drivers the chance to be unified against racism at the opening three races of the 2020 season, the sport received criticism for its messy and unorganised displays, leading Hamilton to hold discussions with those at the helm of F1 about the situation before Silverstone.

The FIA outlined a schedule for the pre-race preparations on Sunday, which included an allocated time for the drivers to gather at the front of the grid and show their support for equality.

14 of the drivers took a knee during the ceremony, with the remaining six choosing to stand - all drivers but Hamilton wore 'End Racism' t-shirts while the six-time world champion sported a 'Black Lives Matter' message.

“I’ve been really, really happy with what the organisers have done, Formula 1 have really put in the time,” Hamilton said.

“Last week I had really great Zoom calls with Chase [Carey] and Ross [Brawn] and then another one with Ellie [Norman] to go through what we could do better together and how we could really solidify our approach and our unity together.

“I don’t know how it looked on TV but it felt like it was much, much better organised and it didn’t really take a lot for us to have that extra ten minutes.”

Hamilton added that it's critical that F1 continues to show solidarity ahead of every race in order to remind people of the seriousness of the situation.

“I think what’s really important is that we continue to keep that up because ultimately we have this incredible platform. There’s so many people watching and every single one of us needs to be reminded every now and then of how serious things can be, so that people are aware.

“And obviously more important is that we follow through, or they follow through particularly on the promises that they said before the first race, in terms of how they’re going to try to attack the issue within our industry.

“So, that will be an ongoing discussion but I feel really confident and to see, as I said, everyone’s view and movement towards it.”

Hamilton has been active on social media over the last number of weeks, expressing his voice over the push for equality and for an end to racism.