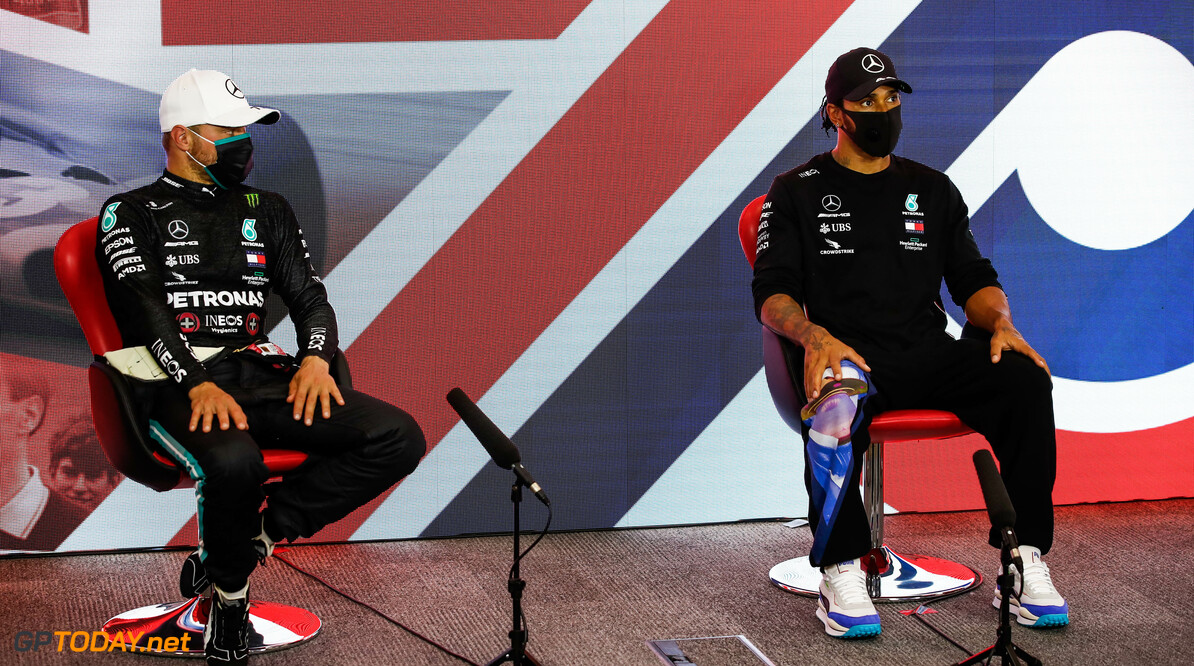 Hamilton: No benefit in split race strategies at Mercedes

Lewis Hamilton believes there is no advantage for Mercedes in splitting strategies between its drivers on race days.

Both Hamilton and teammate Valtteri Bottas will start Sunday's British Grand Prix on the medium compound and are expected to go to the end making one pit stop for the hard tyre.

The Brackley-based squad has dominated the 2020 season so far, winning the opening three races unchallenged.

With Bottas seemingly being Hamilton's only on-track obstacle in the hunt for a seventh championship, Hamilton says there is no need to do things differently this year compared to previous seasons.

“We have a philosophy and an approach as a team. We don’t change things unnecessarily,” Hamilton said.

“So, I don't think that there will be any difference here. Also, it’s not really of a benefit. Today [Saturday] it is quite clear which strategy on tracks like this [work], just like last year.

“Actually, it was a little bit less clear than last year but it’s generally pretty straightforward, so it’s unlikely we’re going to change anything.”

MORE: How F1's united anti-racism message will be voiced on Sunday at Silverstone

Hamilton will start the British Grand Prix today from pole position, with Bottas alongside him on the front row.

Bottas says he will analyse data and see if there is anything different he can do on race day in order to gain an advantage over Hamilton.

“It’s still very close between us in the championship points,” Bottas said. “So of course I’m going to do everything I can and of course will look overnight with the engineers what we can do and if there’s anything different I can do.

“But yes, we have a certain philosophy and usually the car ahead can kind of choose the strategy a bit more, as a bit of a priority, which is fair enough.

“That’s how it goes – but you never know. We saw a pretty different race from mine and Lewis’ side last year. So, we’ll see.”