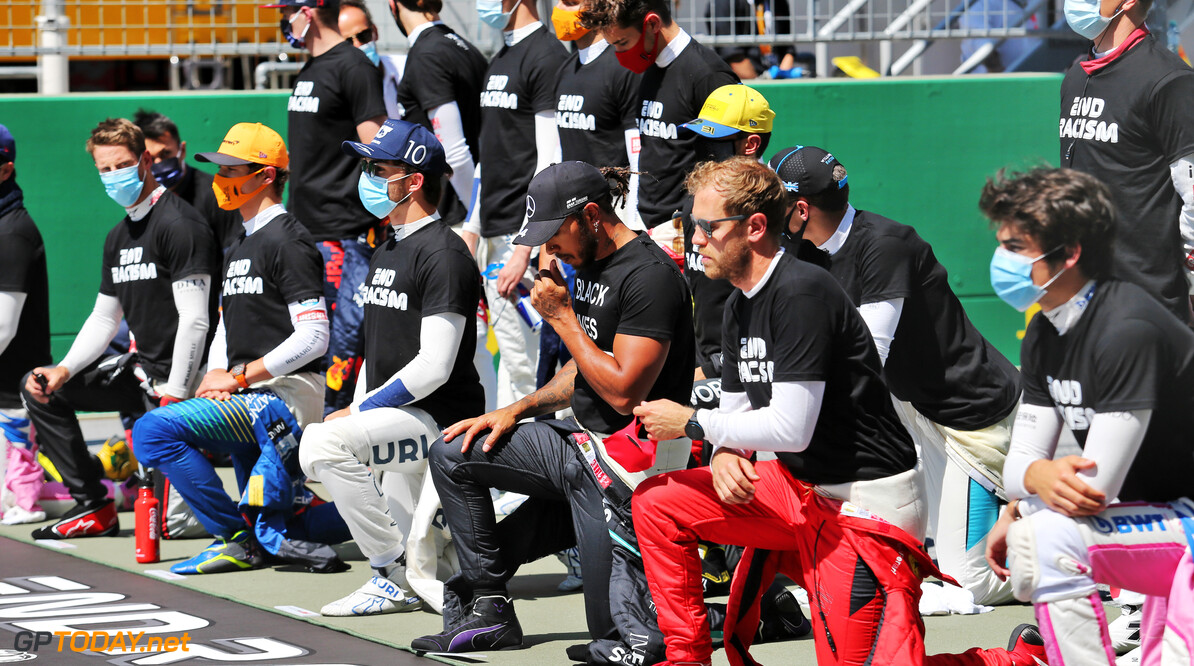 The FIA has outlined how its pre-race stance against racism will take place on Sunday at Silverstone.

The sport has received criticism in recent weeks for its brief and messy ceremonies of unity before the start of races, leading six-time world champion Lewis Hamilton to say that more must be done.

Hamilton recently revealed that he had held a long phone call with Romain Grosjean, a director of the Grand Prix Drivers' Association, over how things can be improved going forward.

“Ultimately it was quite informative for both of us and we learnt that the fact is, we have more in common than we perhaps think,” Hamilton said of Grosjean.

“He’s clearly a caring person, so to hear that he said that – it's not easy firstly for anybody to admit that we're wrong, and that’s a great first step.

“But the fact is, when we got off the phone, I knew that we were united and we're going to be working towards the same common goal.”

Not all drivers have opted to take the knee during the ceremonies, and F1 has outlined that drivers can display an anti-racism message however they wish on Sunday.

At 13:52:30 local time, each driver wearing their black coloured ‘end racism’ t-shirts will walk to the carpet runner, with the ‘end racism’ banner placed across the width of the track, and stand by their name card.

During this time a VT of driver pledges will be playing on the international feed. At 13:53 local time, the worldwide feed will cut to the drivers in position, where it is suggested that they take part in one of the following gestures;

After 30 seconds, this ceremony will finish and be followed by the national anthem of the United Kingdom.

Following the anthem, all personnel on the grid can then take part in a minutes applause as part of a thank you gesture to the front-line workers of the National Health Service amid the coronavirus pandemic.

All procedures will end 12 minutes before the start of the formation lap.