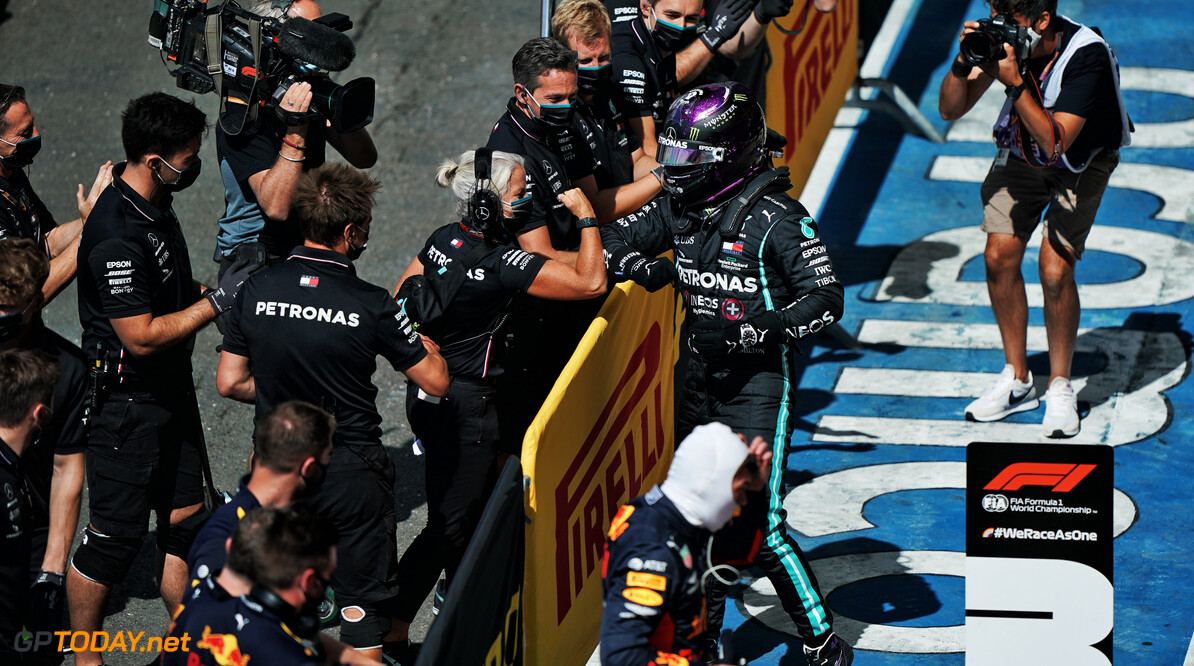 Lewis Hamilton has denied that he had an easy route to pole position for the British Grand Prix on Sunday, insisting teammate Valtteri Bottas was stiff competition for him.

At the end of Q3, Hamilton secured his 91st career pole position, beating Bottas by three-tenths of a second. Max Verstappen in third place was over a second behind.

Mercedes has been unchallenged this year, winning the opening three rounds of the season, with the gap to its rivals at Silverstone only further highlighting its advantage in modern Formula 1.

However, Hamilton says his route to pole position for his home race was not easy, with Bottas pushing him throughout the weekend.

“Ultimately, obviously there's a relatively big gap between us and third place. But it doesn't matter at the end of the day, Valtteri is pushing me right to the end, to the limit,” Hamilton said.

“He's been doing such a fantastic job all weekend, I made some changes coming into qualifying and it was worse... so it was a real struggle out there.

“This track is just awesome, with a gust of wind you have a headwind, tailwind, crosswind at different parts of the circuit. So it's like juggling balls on a moving plate at high speed.”

Hamilton suffered a scare during qualifying as on his opening hot lap in Q2, he spun on the exit of Luffield, which resulted in a red flag due to the gravel he spat onto the surface.

The six-time world champion says he managed to compose himself ahead of Q3 and set two clean laps to make sure of pole position.

“Obviously we had that spin,” Hamilton said. “Qualifying is all about confidence and building. Damn, I had that spin, I was already down in the first section every lap and I don't know how, some deep breaths, I managed to compose myself.

“Q3 started off the right way, it still wasn't perfect, the first lap, but it still was a really clean lap, and the second one even better. It never gets old, that's for sure.”

A rare misstep from @LewisHamilton in Q2 ?#BritishGP ?? #F1 pic.twitter.com/uHmUnq26aY