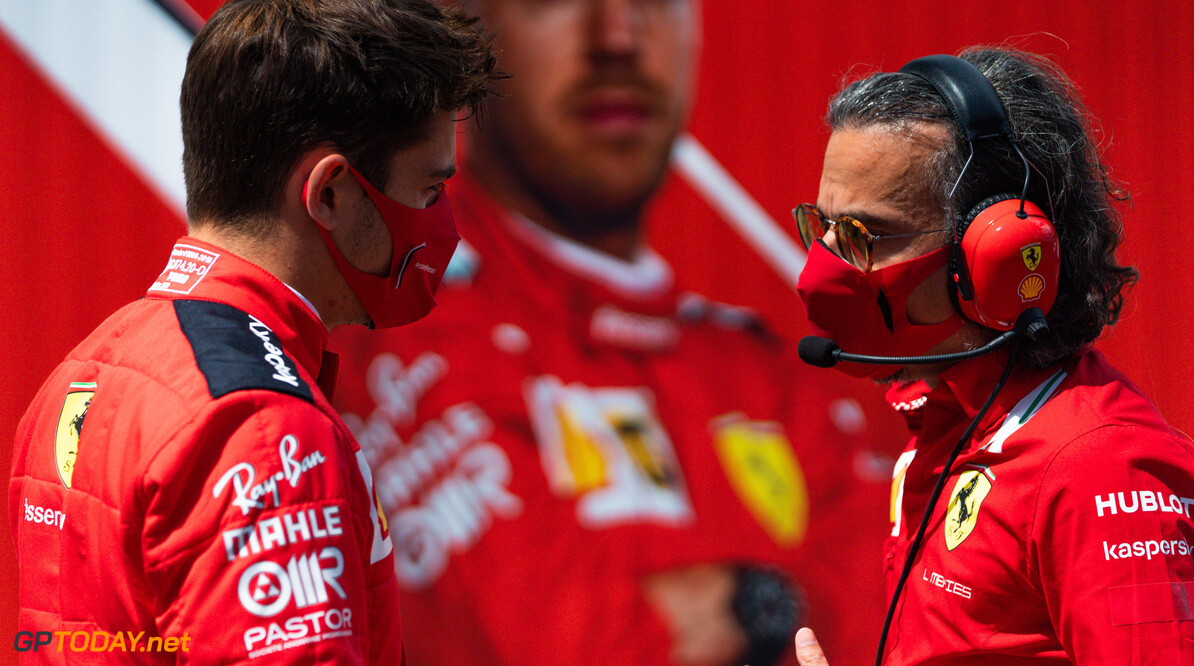 Ferrari's tough start to the 2020 Formula 1 season has been a character building experience for the Italian squad, according to its sporting director Laurent Mekies.

The team currently sits fifth in the constructors' standings with three races this year behind it, with it becoming clear at the opening round of the year in Austria that the car lacked pace compared to rivals.

Despite that, Charles Leclerc managed to secure a podium finish in Spielberg, however it has not come close to a top-three finish since and only got both of its cars into the top ten in qualifying for the first time this season last time out in Hungary.

Ferrari chairman John Elkann recently admitted that the team would not be competitive again until at least the 2022 season, when a major regulation change will come into effect.

Speaking ahead of this weekend's race at Silverstone, Mekies said: “The race team had a few days back at base to regroup after the first triple header, and we are all returning to the track with the strong will to deliver the best possible result this weekend.

“It is certainly a character building start to the season but we know that we can count on our team, our drivers, and our fans, to fight back as a united group. There is no magic formula to turn things around quickly and there’s a lot of hard work ahead of us, which is what we are here for.”

Two consecutive race weekends will take place at the Northamptonshire circuit of Silverstone over the next two weekends, which Mekies says will allow Ferrari to gain further understanding of its struggling SF1000 car.

“Going back to Silverstone is always a special feeling even though this year we won’t see the very enthusiastic British fans in the grandstands,” he said. “I am sure that we will somehow feel their presence.

“It’s the first high-speed track of the season and it is vital that we use the two races we have here to improve our understanding of the car.

“We know that from a pure competitiveness point of view it will be difficult, but we need to focus on acquiring the best information possible so that we can develop our car in the right direction.”