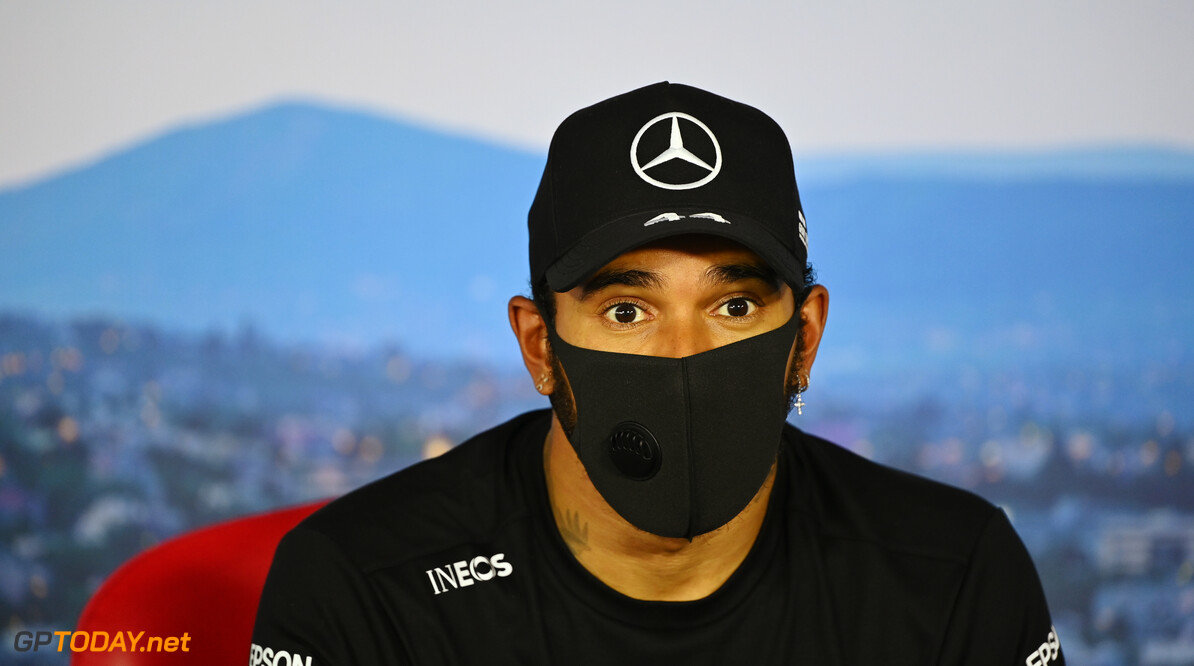 Mercedes' Lewis Hamilton has explained how he is beyond belief after securing his 90th F1 pole position this afternoon in Hungary, saying that it 'just doesn't register' with him.

Hamilton secured pole for tomorrow's race after beating teammate Valtteri Bottas by a tenth in the final part of qualifying, while beating third-placed Lance Stroll by almost a second.

"I have to pinch myself, it just doesn't register," Hamilton said.

"It's quite humbling to be honest because I get to work with an incredible group of people. Without them, I wouldn't have the opportunity to do so, so I'm thankful to everyone back home and the guys here that do such an amazing job.

"Valtteri doesn't make it easy for me, so it requires absolute perfection to doing laps and qualifying like that is one of the things I enjoy most."

Hamilton also responded to comments of how his car looked to be on rails, due to the performance of the Mercedes W11 around the Hungaroring, claiming to have a connection with the car.

Hamilton set a time of 1:13.447, a time almost a second and a half faster than Max Verstappen's pole lap at the Hungaroring last year.

During the qualifying session, it was noted by Sky Sports F1 analysts Johnny Herbert and Paul di Resta how Hamilton and Bottas were the only two drivers able to take turn eleven flat out, while barely lifting for turn four, such is the performance of the Mercedes W11.

"I'm definitely connected to it, and it's definitely not on rails," Hamilton commented.

"I'm sure it looks like that compared to other people, but it was so hooked up today, it wasn't far off the rails."