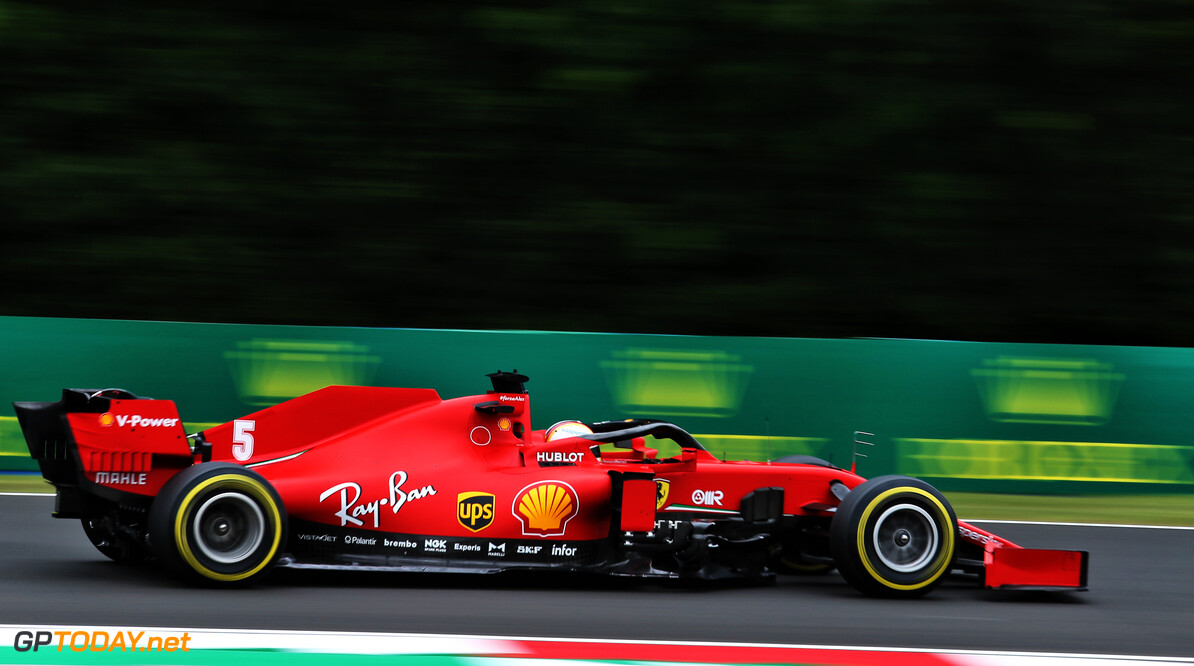 Sebastian Vettel spoke positively about Ferrari's opening day of running at the Hungaroring on Friday evening, following on from a difficult start to the 2020 season in Austria.

Vettel ended the first practice session in dry conditions in sixth place before topping the afternoon session that was held in wet circumstances, with a number of drivers electing not to set a timed lap.

However, Vettel was encouraged by his car following on from a tough two races at the Red Bull Ring and is hopeful that the positive feeling will carry over to Saturday when more rain is expected to fall in Budapest.

"This morning was okay, it should be a bit better for us on this track," Vettel said. "Let's hope that it stays like this tomorrow.

"Obviously we don't know until we hit qualifying. We did a bit more laps than others in the wet just to try and see after our weaknesses last week and understand a little further.

"There's still a lot of homework to do, but overall it seemed like a better day."

Vettel set 12 laps during the second practice session, the second most of anyone during the 90 minutes. Other drivers opted to stay put in their garages to not risk damaging the car and to preserve the wet tyres, as only three sets are available for an entire weekend.

Vettel admits that Ferrari will be slightly compromised by having less tyre life on the wet compound for the remainder of the weekend, but understands that track time and confidence is highly valuable to Ferrari at the moment.

"It's always give and take because you put laps on the tyres that you might need the day after but we need laps at the moment, we need confidence with the car," Vettel stated.

"When you do six, eight or nine laps, it's not a lot but it's worth it. Weather-wise it should get better, but you never know."