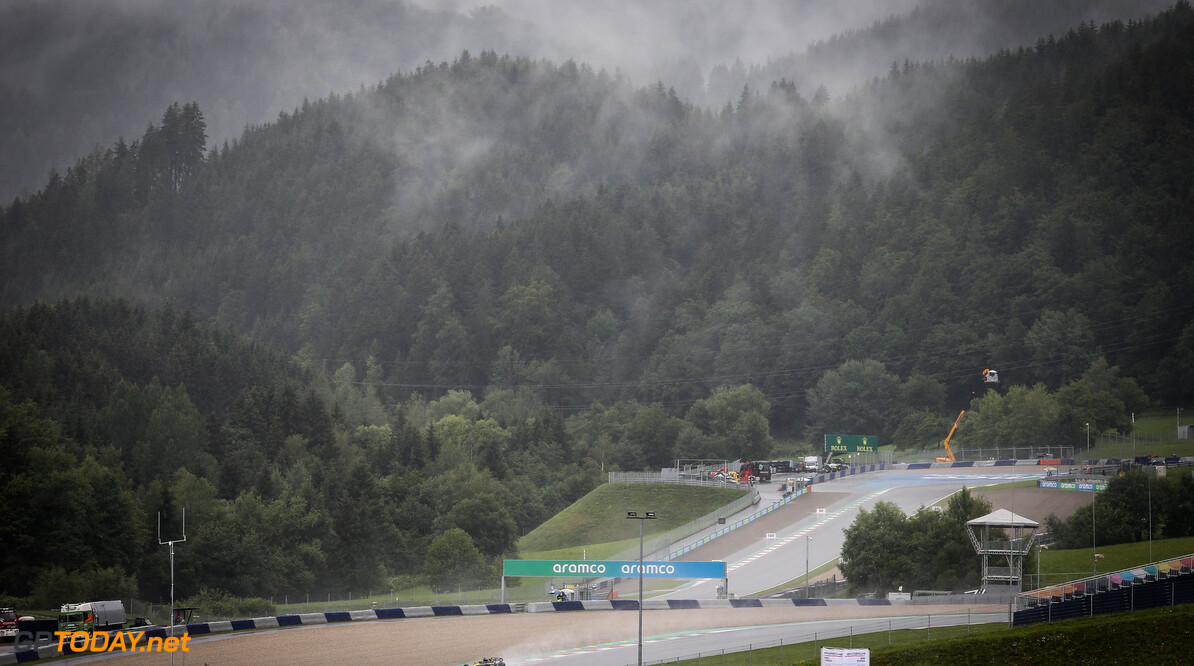 For the second weekend in a row, the Red Bull Ring hosts a world championship Formula 1 round as the sport continues its return amid the coronavirus pandemic.

Although qualifying was a very wet affair, the race is expected to be dry throughout with no need for the intermediate or wet tyres during the 71 laps.

Pirelli has opted to bring the exact same compounds to the second race weekend in Austria, which puts the teams in a strong position as they now have extensive knowledge of the compounds at the track.

Last week, the race-winning strategy was softs to hards, with winner Valtteri Bottas coming into the pits on lap 26 under a safety car.

However, the harder 'medium' tyre is usually more favourable for the first stint of a race, as it allows the driver to run longer into the grand prix and benefit from any virtual safety car or full safety car to gain time in the pits.

That advantage would, of course, be neutralised if all drivers opt for the medium compound - as qualifying was wet, a free choice of tyre is available throughout the field.

Max Verstappen was the only driver in the top ten to start last week's race on the medium tyre, but just how beneficial the alternate strategy was for him is unclear, as he dropped out of the grand prix early on.

Compared to last week, Pirelli expects the tyres to hold on a little longer, stating that the soft to hard strategy is the fastest option out there.

One driver to watch at the start of the race will be Carlos Sainz, as he understands he will have Valtteri Bottas and Alexander Albon hunting him down early on. Just how aggressive he plans to be trying attacking those in front and defending his rivals from behind could be critical to the outcome of his race.

Ferrari, whose woes continue, appeared to have the most confidence last week on the hard tyre - could the Maranello outfit start the race on the white-walled compound and go super deep into the race?

And then the battle that many want to see - Hamilton vs Verstappen. The energy-drink squad is confident its car is faster compared to last weekend, but it is questionable if it possesses the raw pace to best Mercedes across the 71 laps.

Reliability will be a focal point following the nine retirements one week ago - many teams will be pleased to make it to the end.

Should they be able to do so with a strong strategy in place, points may be calling before the sport ships off Hungary.