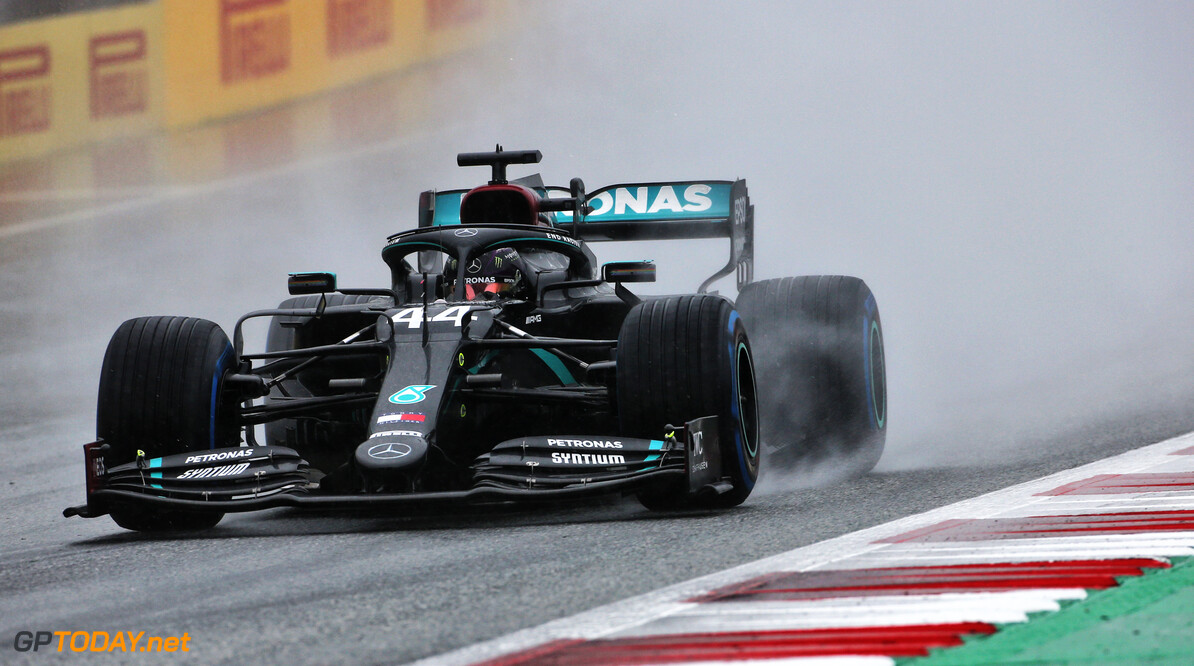 Mercedes' Lewis Hamilton expressed his delight with taken pole position for Sunday's Styrian Grand Prix, despite the session being inflicted with rain.

Hamilton, who has taken his third pole at the Red Bull Ring and his first pole since 2016, spoke after qualifying of his struggles with aquaplaining as the rain worsened throughout the duration of Q3.

"Honestly I am, what a tricky day," Hamilton explained.

"The weather was obviously incredibly difficult for all of us and a lot of the time you can see where you're going. I had one big moment the lap before the last, a big aquaplane which definitely had my heart in my mouth. I was able to improve on the next lap nice and clean and I love these days.

Happy to be on pole despite difficult practice sessions

Hamilton also commented on yesterday's practice sessions, where he revealed that he hit problems during free practice two, but the team was able to resolve the issues overnight.

Hamilton was confident that today's practice session would have gone smoother had the circuit been day and the session went ahead, but that he was happy with the result and being able to start on pole position for tomorrow's race.

"It started well in P1 but then P2 there was an issue for us and we discovered it overnight and [it was] nothing major. I think today would have been better for us had it been dry but I am grateful for the rain

"I heard tomorrow is going to be a much sunnier day but I think we are prepared for both conditions and that's where I want to start. I'm glad it was a trouble-free session and I didn't make any mistakes so that's always a positive."