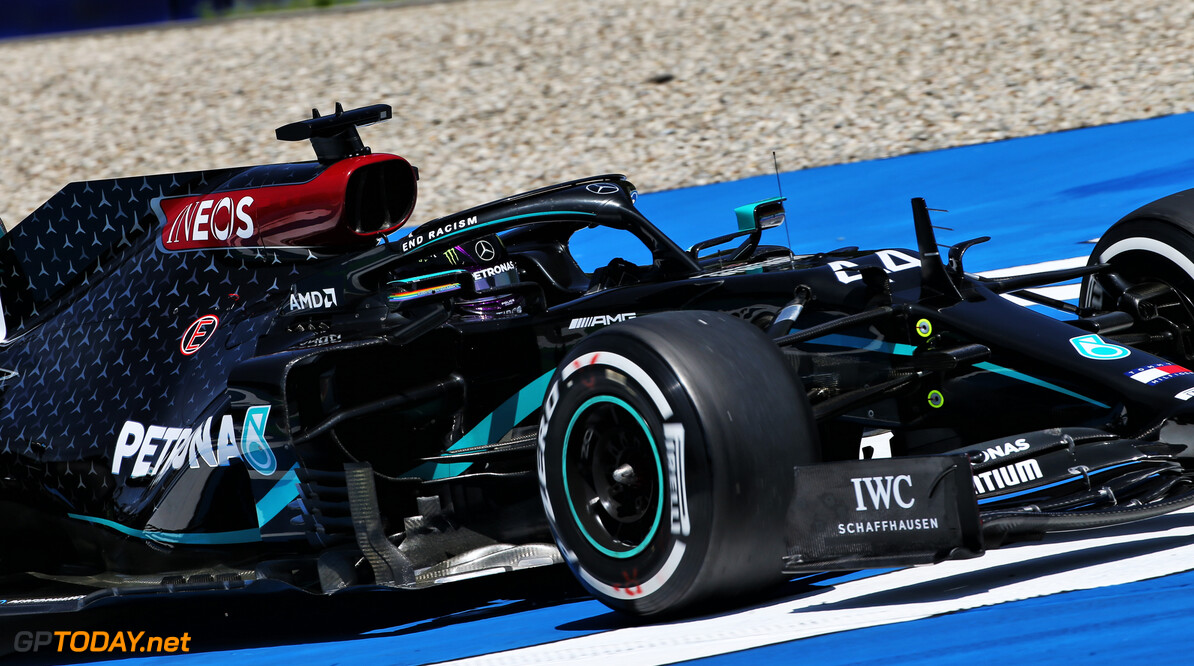 Lewis Hamilton says he's not sure why he was unable to extract substantial pace from his Mercedes W11 during the latter stages of FP2 on Friday.

Mercedes confirmed that Hamilton wasn't happy with the car during the session, and that it would spend Friday evening figuring out why he was lacking pace compared to his rivals.

Speaking after the session, Hamilton says that the car “felt fairly similar” to last weekend, but is not sure why it was far off the pace.

“It's the same track so not a huge difference. It felt relatively normal, but it was quite far off. There's a lot of working going on in the background to figure out why.

“I was feeling good in practice one, the start of P2 felt pretty good. Then I just started to drop off, I don't know why.

“Others out there are obviously quick and Valtteri has got good pace. So hopefully tomorrow we can be in a better position.”

Mercedes struggled to cope with the kerbs at the Red Bull Ring last weekend, with the aggressive vibrations causing problems for the team's gearbox sensors.

Wen asked if he's confident the problem has been fixed for this weekend, Hamilton said: “We still have to be careful, you can still damage your car over the kerbs. Whether or not it's going to be as harsh as it was on Sunday, we'll find out.”

Rain is expected to fall on Saturday, with talks of it being so substantial that the FP2 results may form the starting grid for Sunday's race if the session can't be held on Sunday morning.

Speaking of that possible scenario, Hamilton said: “If we had to start [P6], that would suck, if we didn't get to qualify.

“It's not great to be starting further back than last week so it'll definitely make it challenging. I'll try to do the dry dance, if there's a dry dance, to make sure there's no frickin rain on Sunday.”