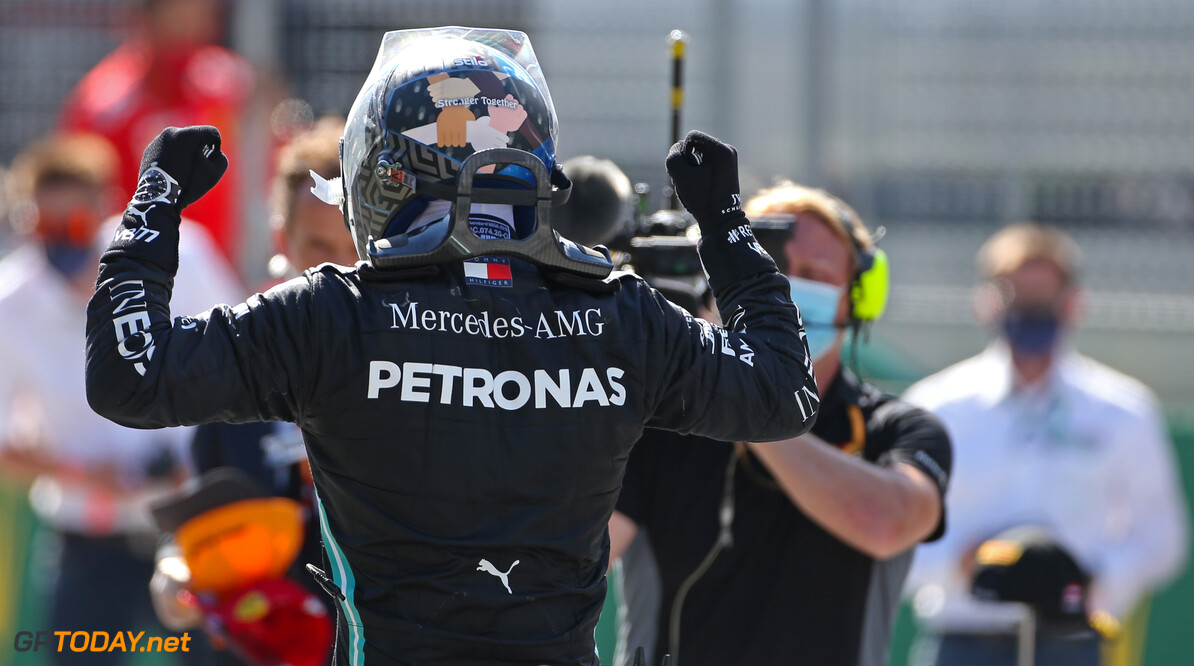 Bottas: No discussions to let Hamilton through after penalty

Valtteri Bottas says there were no discussions held within Mercedes to let Lewis Hamilton past and build a gap following his time penalty.

The six-time world champion was handed a five-second time penalty after coming together with Alexander Albon in the final laps of the race as they battled for second place.

Hamilton who was chasing Bottas for the entirety of the race, was demoted to fourth place after the chequered flag, promoting Charles Leclerc and Lando Norris to second and third respectively.

Bottas says there were no discussions within Mercedes to let his teammate past to give him a chance of a higher finish.

“No, there was no discussion about that,” he told Sky F1 after the race. “From my side it was not fully clear what was the situation behind me.

“I knew Lewis was behind me, I knew he had the penalty but I never got the information, how many cars [there were], how close [they were].”

Bottas and Hamilton were both forced to contend with gearbox sensor problems for much of the race, and were told to stay off the kerbs in order to protect the car.

“It was one of these races that definitely didn't come easy,” Bottas said. “It felt like there was quite a few things that could have gone wrong. I was very happy to see the chequered flag and finish first after all those circumstances.

“Everything felt pretty much under control from my side in terms of driving and pace but when you have to change your driving style so you can't use any of the bigger kerbs, you have to compromise quite a bit.

“At the same time, it costs lap time. I could see Lewis pushing as hard as he could behind me trying to get close and trying to overtake me. You just need to balance it out, you want to finish the race but also you don't want to let your teammate past you.”

Due to the coronavirus pandemic, F1 is scheduled to race once again in Spielberg next weekend, where Bottas is hoping he can repeat his victory achievement.

“Of course, I'll try,” he said. “Hopefully, the race will be different to today because that will make it different for everyone.

“I still feel like in the qualifying, I had a bit of margin to improve, obviously I went off on the last run. I'm sure I can learn today what I can do next time.”