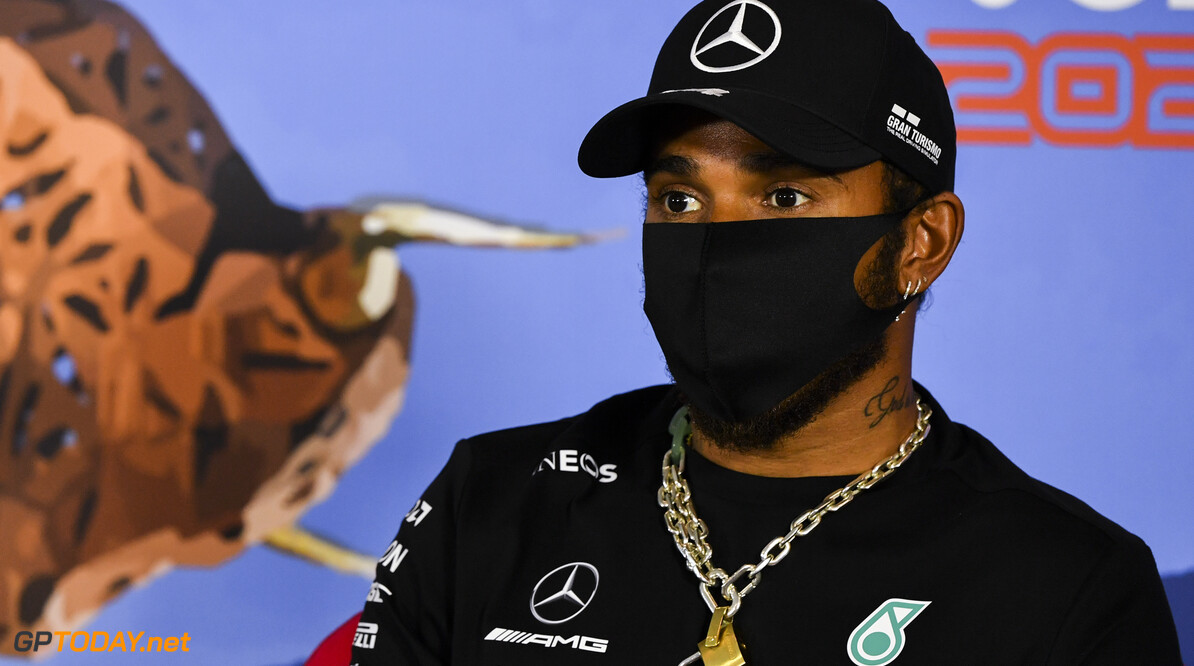 Lewis Hamilton has brushed off rumours surrounding his future with Mercedes, telling media outlets to “stop making shit up”.

Hamilton is out of contract at the end of the 2020 season but has consistently been tipped to sign an extension with Mercedes, where he has raced since 2013.

Since 2014, Hamilton has won all but one world championship on offer, coming off second-best in the 2016 battle against former rival Nico Rosberg.

Reports in recent days have suggested that Hamilton is chasing a  £40 million-a-year deal with the Silver Arrows - however the six-time world champion has denied the rumour, insisting he has not yet held talks regarding a new deal.

“The media keep writing about [my] contract and making demands but I haven’t even spoken with Toto about it yet,” Hamilton wrote on his Instagram story.

“No demands, the conversation hasn’t even begun. So please stop making shit up.”

On Friday, Mercedes boss Toto Wolff said there was no urgency to tie down Hamilton or his teammate Valtteri Bottas beyond the 2020 season.

“I think simply based on the fact that we haven’t seen each other a lot, we have been keeping the discussion up, we are in a position of trust with both of the drivers,” he said.

“You could say that in Formula 1 it doesn’t mean a lot. But it does in our team. I guess that we will do the next steps soon but I don’t want to commit to any timing because I don’t want to answer questions every single race weekend about why the contracts are not done.

“There is no urgency in the matter. All of us want to do it and when the time is right, we will announce it.”