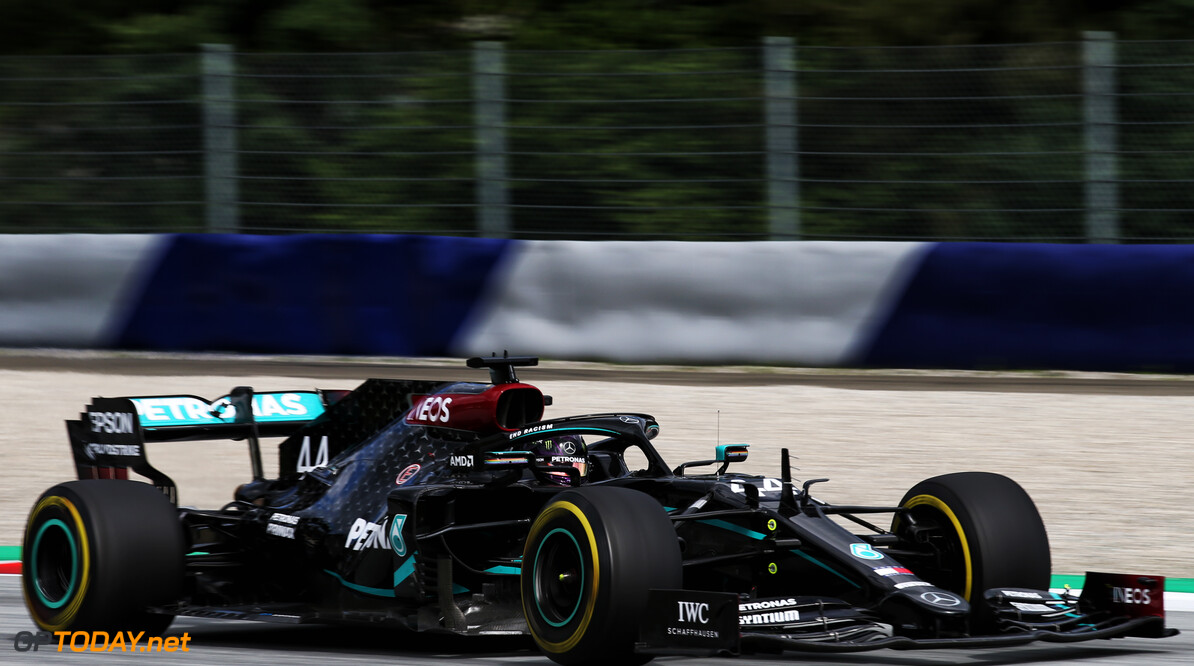 The Dual-Axis Steering system that Mercedes used in pre-season testing and on Friday in Austria has been cleared for use by the stewards following a protest from Red Bull.

Red Bull formally launched an appeal against the system on Friday following the opening two practice sessions, claiming Mercedes was in breach of Articles 3.8 and 10.2.3 of the 2020 technical regulations, relating to aerodynamic influence and suspension.

Mercedes argued at the stewards meeting that the system is mounted on the fully sprung side of the car and plays no role in suspending the car or insulating it from undulations on the track.

It also demonstrated that it is mounted fully on the power-assisted steering rack, it cannot change the length of any of the suspension members and only serves to alter the alignment of the front wheels.

The stewards in Austria favoured with Mercedes after an investigation into the system and determined that DAS is part of the steering system rather than the suspension.

‐ Rotational degree of freedom around the steering column axis: this provides the conventional steering response of the car

‐ Longitudinal degree of freedom along the steering column axis: this steers the wheels independently from each other, thus adjusting the toe.

“The DAS is hydraulically‐assisted like any conventional Formula 1 steering system, but remains under the full control of the driver at all times.

Therefore, Mercedes is now cleared to use the DAS system for the remainder of the 2020 season before it is outlawed for 2021.

How DAS was determined to be part of Mercedes' steering system

The stewards asserted that it would be simple to declare DAS illegal if it did not have an influence on the steering, however it explained in detail how it came to the came to the conclusion that it does;

1) Article 1.2 states that “at least two (wheels) are used for steering” and Article 10.4.1 states that “the re‐alignment of more than two wheels is not permitted”. These two articles hence limit the number of steered wheels to 2, but crucially no reference is made on that realignment being of a single degree of freedom (i.e. the LH wheel having a single function of position in relation to the RH wheel).

2) There is no direct definition of steering, but one can plausibly suggest that:
a. Steering changes the direction of the car
b. During steering the steered wheels rotate about a vertical or near‐vertical axis to change their direction, and hence steer the car.

3) Changes in toe affect the direction of the car in two ways:
a. If toe changes in a corner, the effect will be asymmetric and hence the trajectory of the car will change
b. If the driver applies a steering wheel (rotational) input, the response of the car will depend on the toe angle of the wheels, hence the fore‐aft position of the DAS will have a direct steering effect.