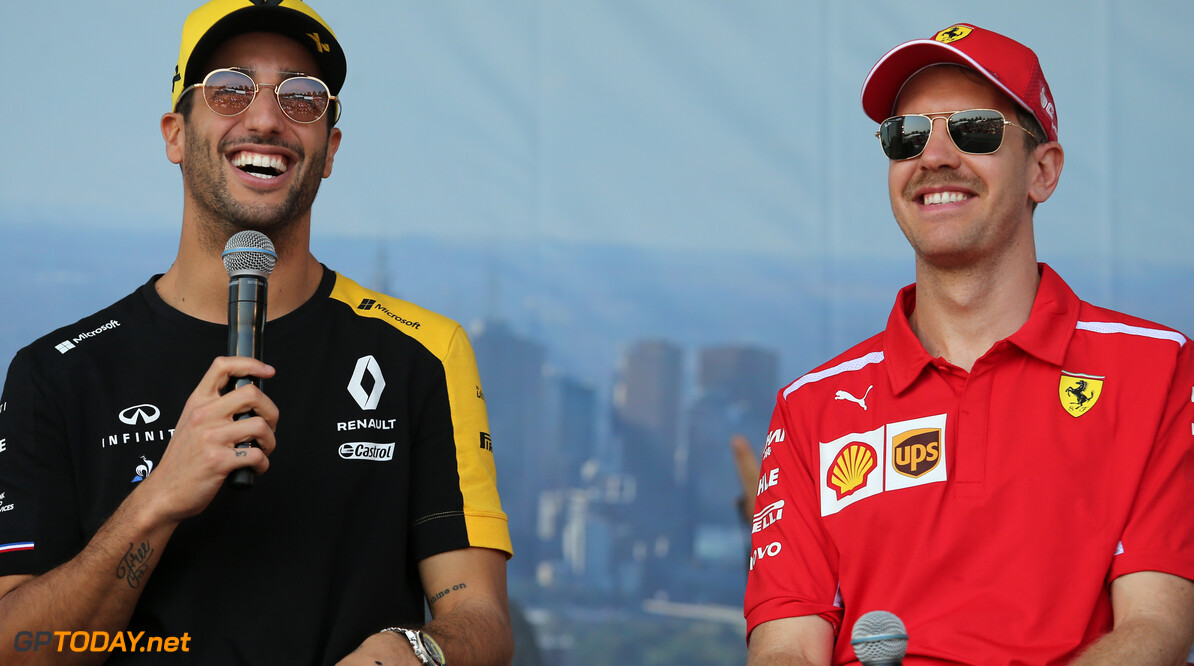 Daniel Ricciardo has praised former teammate Sebastian Vettel for being a “very honest and genuine” person while also commending his sportsmanship.

Vettel's future in Formula 1 remains in major doubt following the announcement that he will leave Ferrari at the end of the 2020 campaign.

The four-time world champion has been linked to seats at Mercedes and Renault in 2021, as a number of driver contract expire later this year.

MORE: Webber: Vettel unlikely to sign for midfield team in 2021

In 2014, Ricciardo joined Red Bull Racing after two years at Toro Rosso, pairing up with Vettel who was on a run of four consecutive world drivers' championships.

Vettel struggled throughout the campaign and Ricciardo ended the season with three race victories and ahead of Vettel in the standings. The Australian says he grasped an understanding of Vettel as a person during the year.

“I think I really took from that year with Seb was, even through a difficult year for his standards, particular coming off our-in-a-row, he was always, on-track, very competitive and ruthless,” he said on Instagram Live.

“But off-track he always shook my hand, congratulated me and it seemed not only was he a good sportsman to me, but it seemed very honest and genuine.

“He did it away from the cameras as well. I respected him from the start but we respect each other and that was cool.”

Vettel has long kept his personal life to himself and is the only driver on the 2020 grid that isn't active on social media - something that Ricciardo says he admires.

“I guess things relatively differently. He's such a superstar in our sport yet, yet he's not on here [social media] for example,” Ricciardo pointed out.

“He does things a little bit old school, but I guess I respect that part as well. He's not really influenced by too much. He's got his ways and he stands by them.”