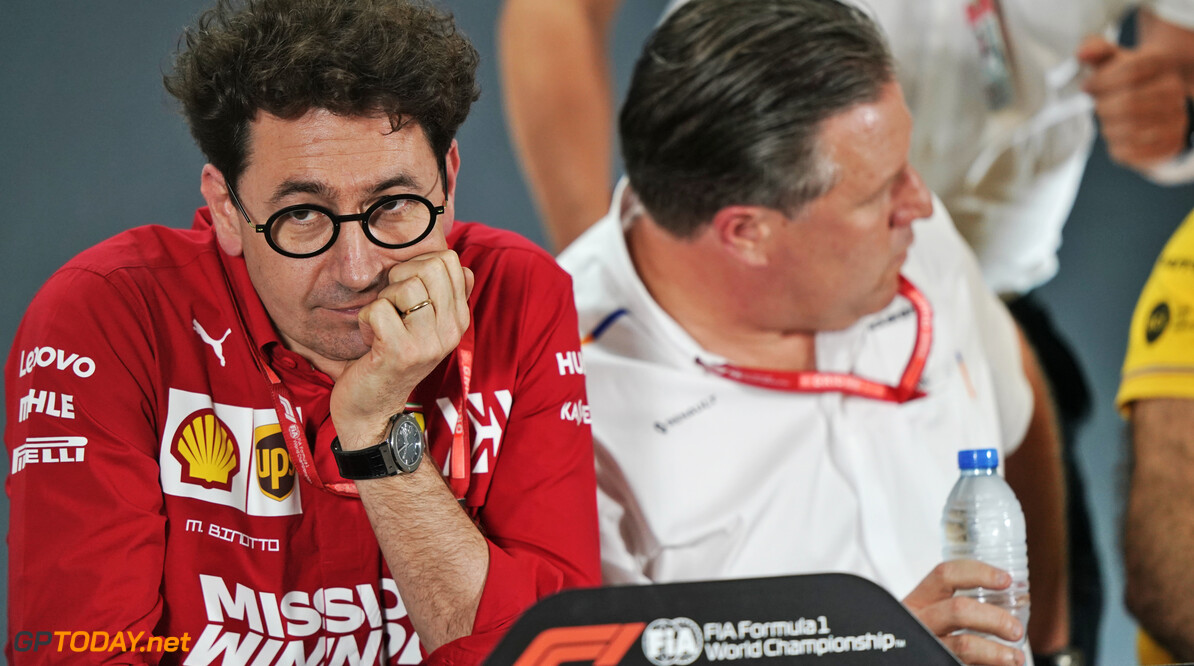 McLaren CEO Zak Brown has challenged the Ferrari team to release the details of its secret engine deal with the FIA, under the morals of 'ethical duty'.

The FIA conducted a test on Ferrari's power unit last year, focusing specifically on the fuel flow system, but was unable to deduce the legality of the system due to its complexity.

A deal was made between the FIA and the Italian team, with F1's governing body only allowed to share the details of the system if approved first by Ferrari.

Referring to Ferrari team principal Mattia Binotto's claims of 'moral duties' to the team's staff when taking a further budget cut into account, Brown believes that this duty should reflect on more than just the staff within the team.

"I'm all for having 'ethical duties'. And, along the lines of ethics, I think it would be great if Mattia would share with us, as the FIA has volunteered to share, what the details were behind the secret agreement that they came to over the alleged breach of regulations around their engines," Brown said.

"While we're on the topic of ethics and transparency, I think that would be a good point and time well served."

World champions Mercedes initially led the group of seven teams looking to take legal action against the secret agreement, but Mercedes since pulled out after an alleged conversation between Ferrari chairman John Elkann and Daimler's Ola Kallenus.

Red Bull's team principal has also again spoken on the matter, with McLaren boss Zak Brown agreeing on the comments.

"The whole thing has left a bad taste. For us, it's about a lot of money," Horner said.

"It makes a difference of $20 million whether we finish second or third in the world championship, and each of our employees has an additional bonus payment based on that. We cannot just leave it like that."