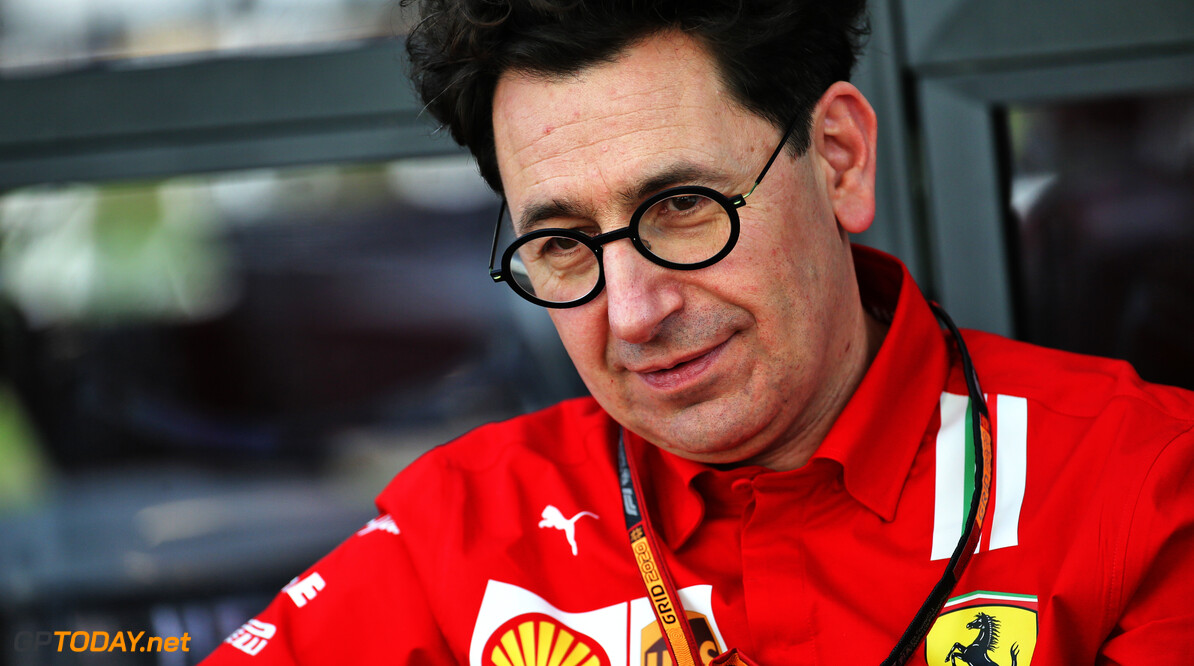 Binotto: Delaying 2021 regulations not an easy decision for Ferrari to make

Ferrari team principal Mattia Binotto has admitted that the decision to delay the proposed rule regulation changes for 2021 for a year was difficult for the team to make, as it now puts it behind schedule.

With the ongoing outbreak of coronavirus putting a hiatus on world sport such as F1, teams are currently losing money due to not racing and decided a delay of the regulation changes was the best option to moving forward.

Teams agreed to delay the rule changes until 2022, with the use of the current 2020 chassis for 2021 also being agreed. The only exception was Ferrari, who requested more time to make a decision.

Binotto explained that Ferrari eventually agreed upon the decision, citing a 'sense of responsibility' the reason why it agreed with the other teams.

"Considering the current baseline and the feedback from the tests, we don't think we have an advantage with this choice," Binotto recently told Sky Italia.

"It wasn't an easy decision, but it had to be made. It is a special moment, and it was important to give a responsible signal for the future."

Ferrari hoping for improvement in 2021 despite regulation freeze

With the 2020 regulations now frozen ahead of the new season in 2021, the FIA is currently working on what elements and components could be changed despite a freeze on regulations.

Binotto also hoped that, despite the current regulations being locked in for 2021, there would be still room for improvement from the teams on their current chassis.

"The regulations [for 2021] remain the same, but there will still be room for aerodynamic development. We have yet to define that in detail," Binotto commented.

"We are discussing it with all the representatives of the teams and with the FIA, to understand what will be frozen and what will be open to development. But we aim to maintain the DNA of Formula 1, which remains competition and comparison."