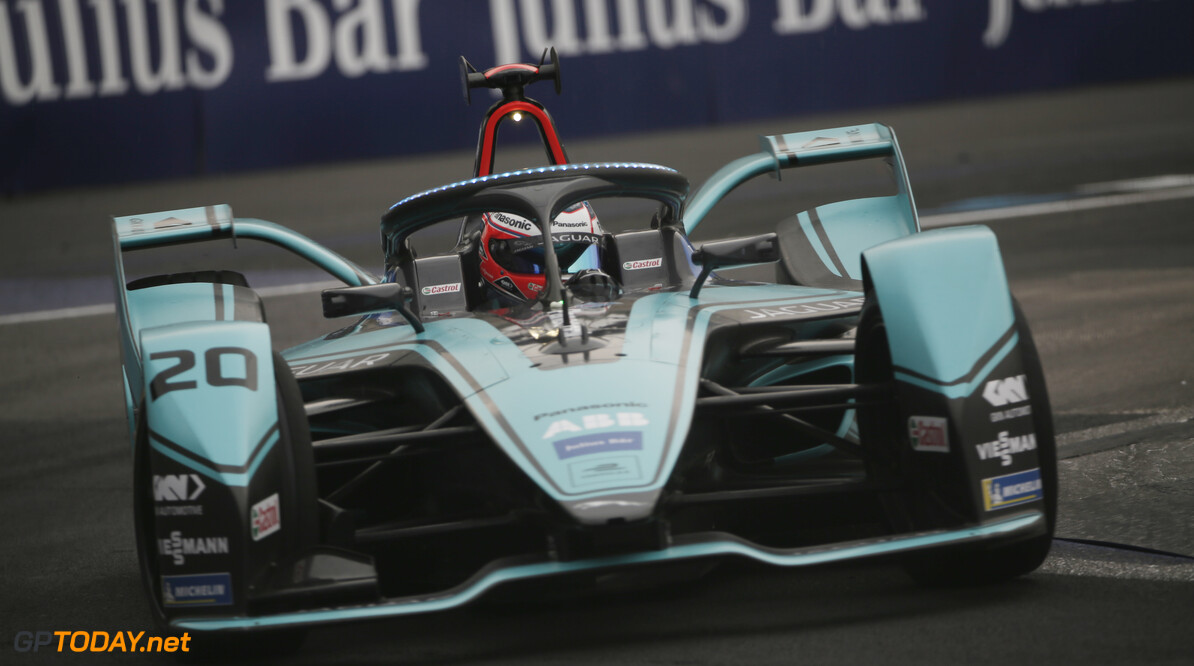 It was the Jaguar of Mitch Evans that took his second Formula E victory this evening at the Mexico City ePrix ahead of Antonio Felix Da Costa in second and Sebastien Buemi in third position.

Pole sitter Andre Lotterer had a bad start off the line as he lost the lead to Mitch Evans and went wide going into the first corner, dropping down to fourth, while Nyck De Vries made a good start, up to second behind Evans.

De Vries started to struggle through the second lap, dropping to fifth after being passed by the Virgin of Sam Bird, but the safety car was soon out after Dragon's Nico Mueller ended his race in the barrier coming through turn one.

Evans held onto the lead on the restart, as Bird managed to move up to third and was soon challenging Buemi for second, while Felipe Massa became the second retirement of the race after becoming another victim of the turn one barrier

Lotterer's bad luck continued after a collision with caused his front wing to disintegrate under the car, forcing the German driver to pit. Bird found a way past Buemi and move up into second, taking the fastest lap in the process.

Da Costa found a way past his teammate Jean-Eric Vergne on the entry into turn one and charged on after De Vries' fifth place. Da Costa went for the position into turn one but after a harsh defence from De Vries, the Mercedes driver locked up and hit Virgin's Robin Frijns while trying to stop the car.

De Vries struggled to stop and clipped Frijns as the Virgin driver turned into the corner. Frijns was able to continue while De Vries was not so lucky and was forced to retire.

Fourth and fifth went to Vergne and Alexander Sims, while Lucas Di Grassi and Oliver Rowland crossed the line in sixth and seventh.

Nissan's Rowland and Venturi's Edoardo Mortara made contact coming through the stadium, allowing Alex Sims to catch up to the pair. Rowland went deep into turn four after the contact, losing two positions in the process. The incident was put under investigation by the stewards.

Vergne went back after Techeetah teammate Da Costa after gaining permission from the team. Da Costa agreed to let Vergne through at the first corner as the pair went after Buemi's third place.

Frijns suffered yet more damage after contact with James Calado in the stadium section, while Ma QuingHua ended his day in the barriers, but managed to pull the car off the circuit and to safety.

Sims continued his charge up the field from eighteenth, finding himself in seventh after getting by Di Grassi's Audi on the pit straight, while Audi teammate Daniel Abt spun in the middle of turn two.

Da Costa stole third position from Buemi around the outside of turn eight as Evans held a five second lead to Bird with five minutes to go.

Bird just held on to second as Da Costa braved a move while Bird activated attack mode, but Bird went wide in turn four and hit the barriers, eventually rejoining the race in seventh.

Bird would retire after a second collision with the barrier at turn fourteen as  Abt also called it a day and retired from the race.

Championship leader Stoffel Vandoorne also hit the barriers at turn four, losing his front wing and dropping down to the order to sixteenth.

Edoardo Mortara and Calado finished in eighth and ninth, while Pascal Wehrlein took the chequered and the final point in tenth position.