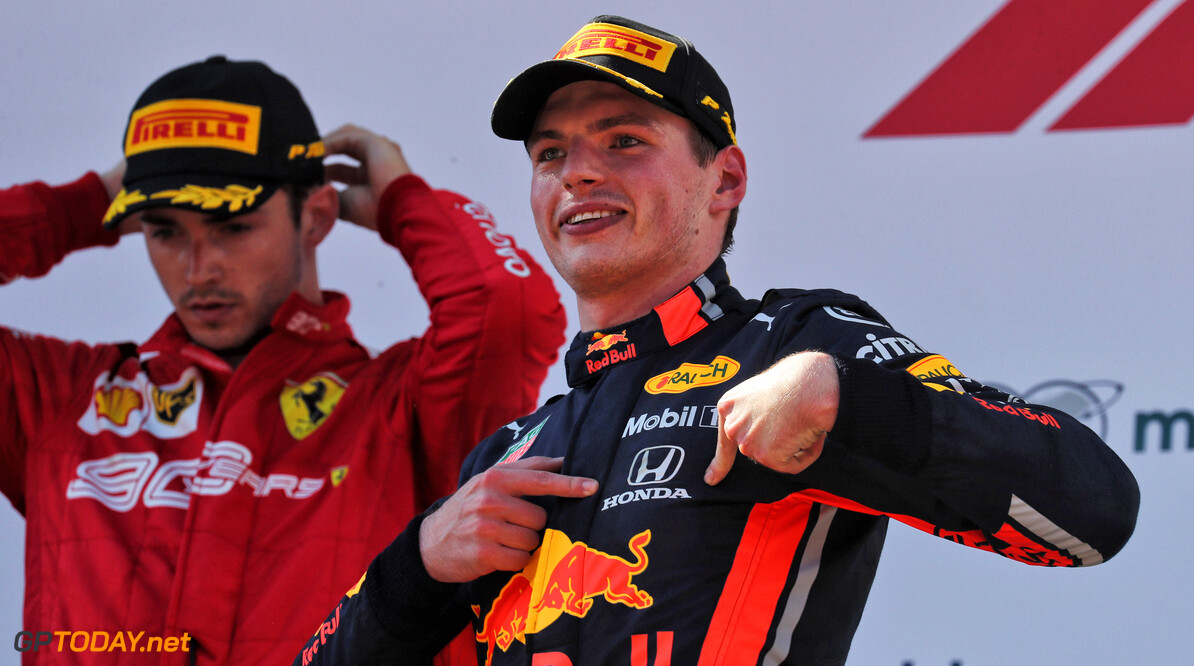 Verstappen: Red Bull can 'never be satisfied' despite positive 2019 season with Honda

Max Verstappen admits that Red Bull cannot be satisfied despite having a promising first season with engine suppliers Honda in 2019.

Honda joined the team as suppliers after a season with sister team Toro Rosso in 2018 and powered the team to three victories and a pole position in 2019, all courtesy of Verstappen.

Honda became winners in F1 for the first time in thirteen years in 2019 and with Verstappen's win and Pierre Gasly's podium for Toro Rosso in Brazil, took it's first F1 1-2 finish since 1991.

For Verstappen, the main concern was the reliability of the new power unit, thanks to both Honda's struggles in the past with McLaren and Red Bull's own reliability woes with former supplier Renault in recent years.

"I think it's been very promising in the end and I think we had some good results," Verstappen said. "For me, what was more important was the reliability, that has been very strong.

"Also the progression we made with the engine, that has been going very well but we always want more, so we can never be satisfied with what we are doing.

Verstappen also feels that because of the team's promising season with Honda in 2019 that Red Bull can feel confident heading into the new season.

Verstappen believes that thanks to how the team learned throughout the year and how Honda has gained in both reliability and performance throughout the 2019 season can allow them to have a good start in Melbourne in March.

"It's been good and I think it puts us in a good place for next year," Verstappen commented. "We learned a lot throughout the whole year and I feel very confident that we can have a positive start to the next season."