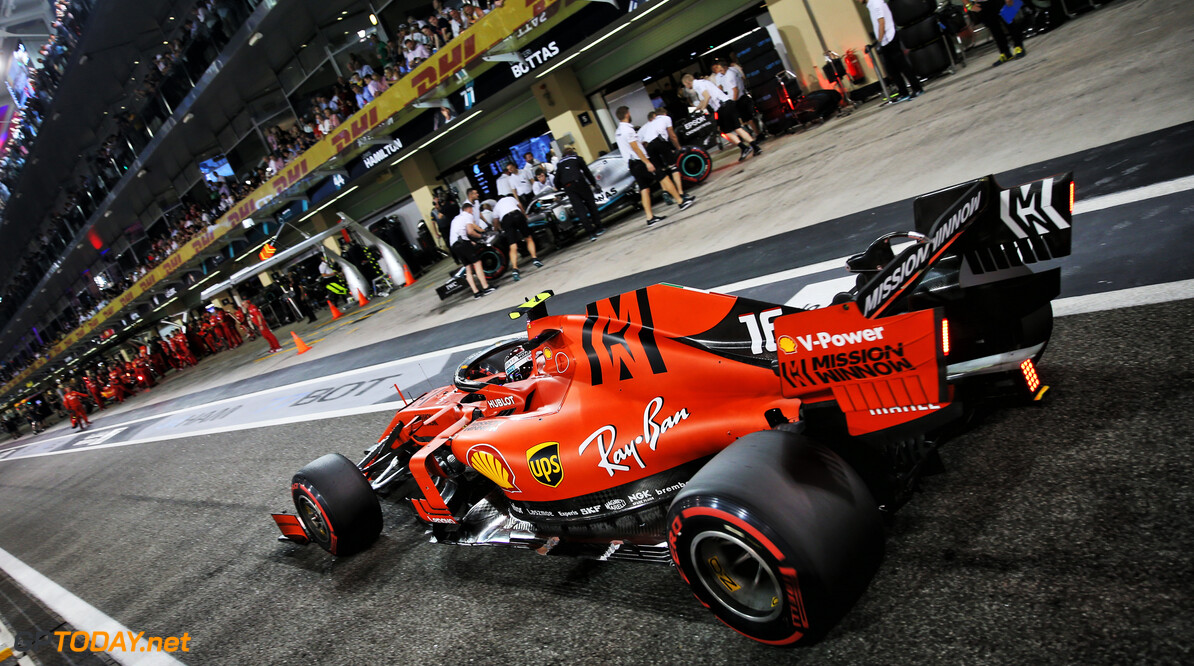 Ferrari team principal Mattia Binotto admits that the team took a risk in sending out its drivers late into the Q3 session in order to take advantage of the track improvement.

However, Charles Leclerc failed to make it to the line after a handful of drivers backed up in the final sector in order to gap themselves to the car in front.

Leclerc complained over the radio that teammate Sebastian Vettel held him up, however there were more cars in front of the German that were waiting for others to start their laps.

Binotto conceded that Ferrari knew it was not competitive in the fight for pole position and wanted to search for any advantage it could to get high up on the grid.

"We knew that we were not too competitive today," Binotto said. "We were losing a lot of time in the last sector and on the last attempt we tried to do whatever we could take some risks and with the track improvement going out last on track would be taking an advantage.

"We knew when going out that it would be really tight but it was a conscious choice and too tight for the traffic that we found and we slowed down.

"I think we are completely aware of what could have been the risk and it was a risk that we knew we were taking but it didn't work today. We are missing downforce - so we are somehow missing rear stability in braking which is important for the drivers, or the balance."

Binotto explained that Ferrari "needs more downforce", which has been the story of the Maranello squad's season.

The team has held an advantage in a straight-line for the entire year, but Binotto says the team is losing its top speed in Abu Dhabi as it is forced to add more downforce to the car, which increases drag.

"Let me say when cornering in those corners we are really missing too much and then the tyres overheat at the end of the lap. Because it's taking too much out of the tyres.