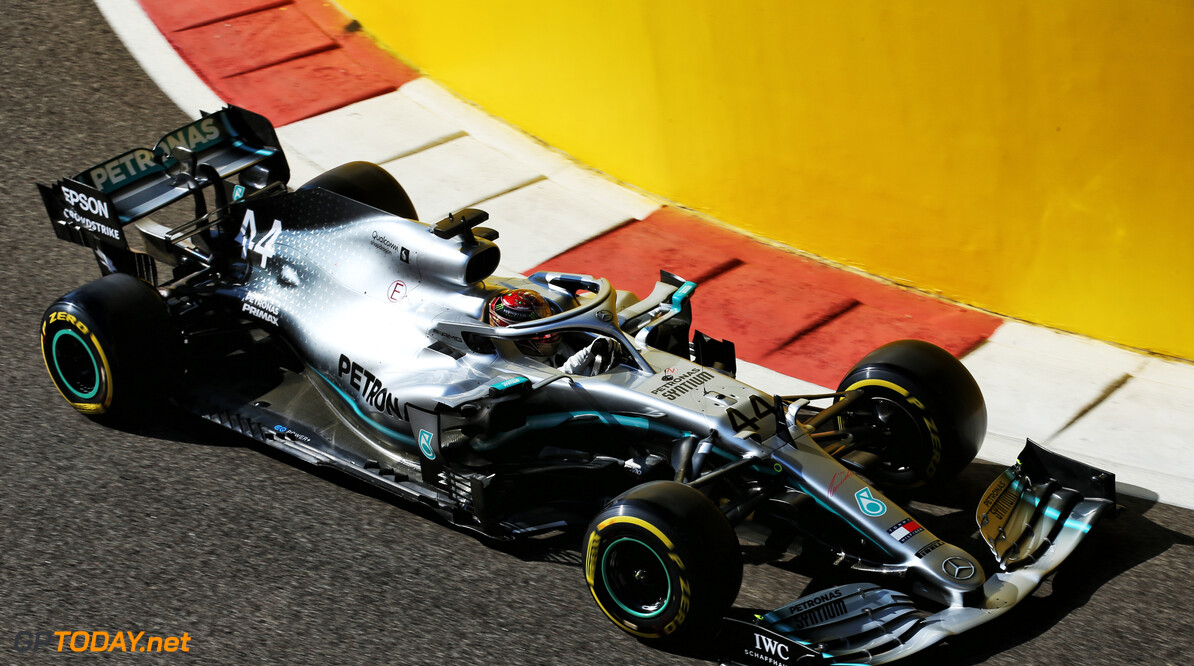 Lewis Hamilton says he is using the final two races of the 2019 season to explore different techniques of driving his car.

Hamilton wrapped up his sixth world title in the US earlier this month, to move one championship behind Michael Schumacher on the all-time list.

The Briton ended both Friday practice sessions in Abu Dhabi on Friday behind teammate Valtteri Bottas, admitting that he didn't quite fall into a rhythm during the two sessions.

Speaking about his day, Hamilton says he was exploring different ways of pushing himself and the car, something which he also tried in Brazil with the championship wrapped up.

"I wouldn't say it's an easy track, it's quite long, each section is different," he said. "But normally it's easy for me to get into the rhythm today.

"It's easy to go too far, but I'm sticking with it and hoping that it works. We already know what does work, but I'm not only keen to do what does work.

"I'm trying to see if there's anywhere else I can explore the car and the tyres. That's making a bit more erratic and not as smooth flowing."

Hamilton added that the process is making his job more difficult than it needs to be, as he looks for options on how to improve for the 2020 campaign.

"I wouldn't say that it's fun. It's still hard work, I'm making it more difficult for myself than it needs to be," Hamilton said. "But I just feel like going through that process to see if I can edge a little more for the future.

"I'm definitely hoping to unlock something, utilise a couple of different tools that I haven't touched over the years. It never really worked before but I'm trying to explore and see whether or not I can get them to work.

"It's really with a pre-emptive thought on next year and the processes for next year. Even though next year's car is going to be different, there still might be things I can try and apply. But I'm having to take it all with a pinch of salt."