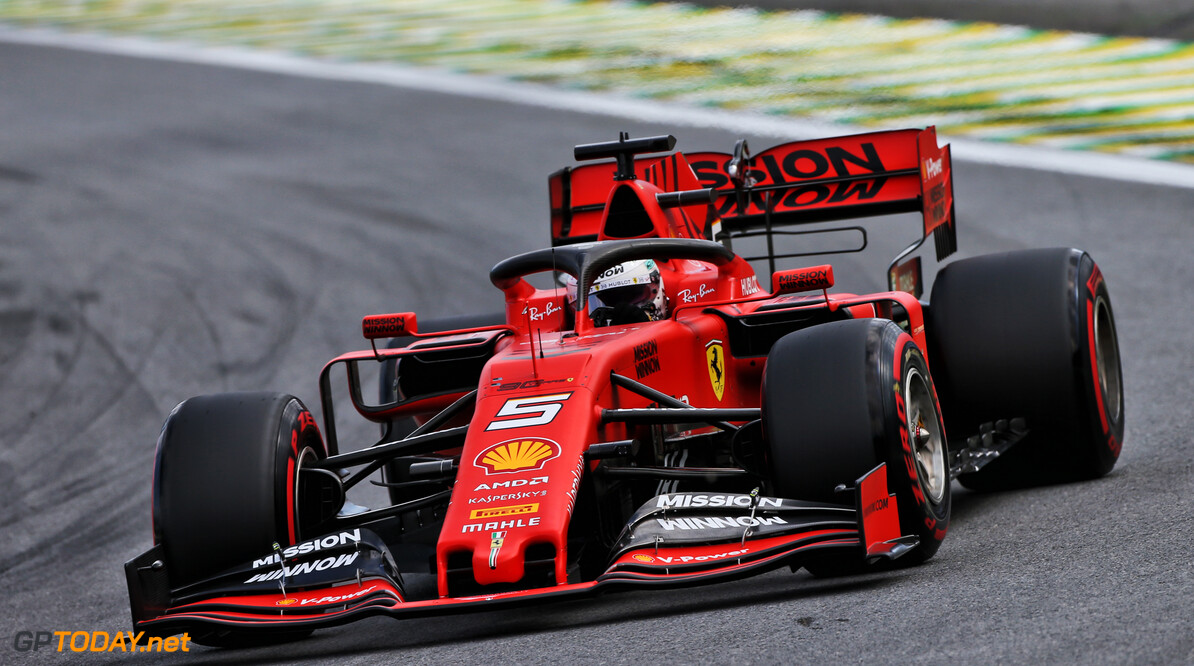 The stewards have opted to take no further action in the crash between Sebastian Vettel and Charles Leclerc in Brazil.

Towards the end of the race, the pair collided as they jostled for position, with Vettel attempting to regain fourth place which he lost to Leclerc at Turn 1.

As they headed down the straight towards Turn 4, slight wheel-to-wheel contact was made - however it was enough to deliver both drivers punctures and end their races.

"The Stewards determined that both drivers had the opportunity avoid or mitigate the incident and therefore that neither driver is predominantly at fault. Therefore the  Stewards take no further action."

The double DNF for Ferrari was the first time since Singapore 2017 that the Scuderia outfit failed to score points in a race.