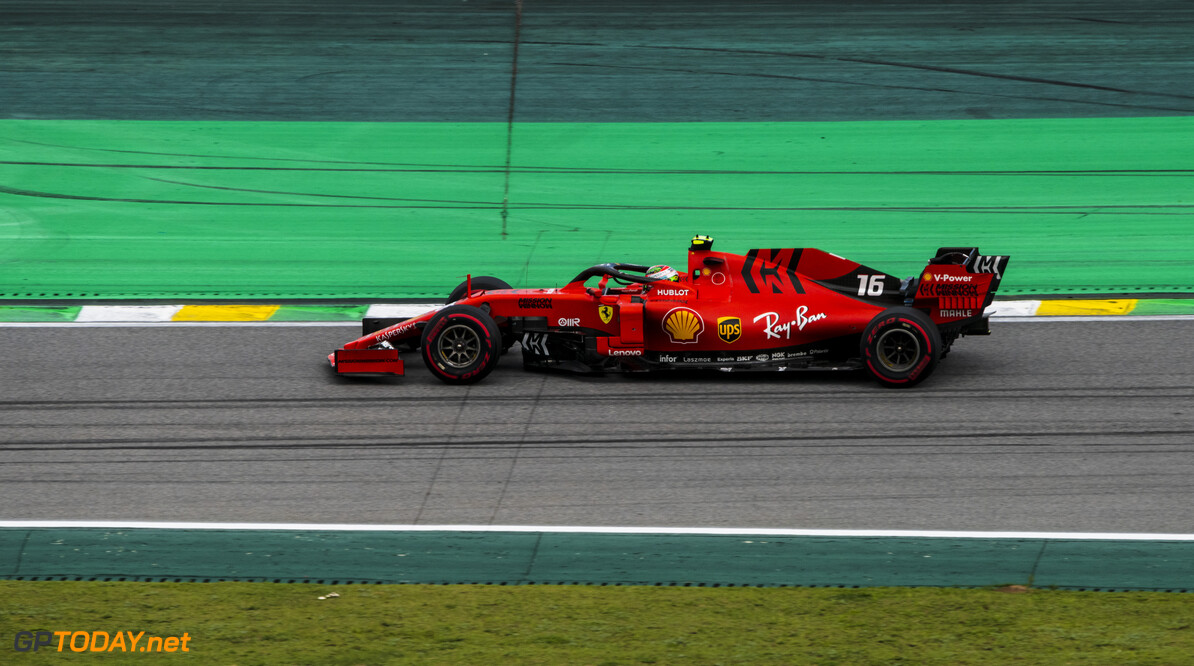 Ferrari's Charles Leclerc has spoke about his disappointment over the incident with teammate Sebastian Vettel during this afternoon's Brazilian Grand Prix, which left both Ferrari cars out of the race.

The Ferrari duo collided at Turn 4 as they battled for fourth position late on in the race, bringing out the second safety car of the Grand Prix.

Leclerc is adamant however that he left enough room for his teammate to get by, and admits that he cannot understand how the pair managed to collide.

"I overtook him at Turn 1, I enjoyed that overtake." Leclerc explained. "Then at Turn 3 I had to close (the gap) because I was aware that Seb would try it again.

"He did, he went around the outside, where there was little space. But I left the space. At the end of the straight, he started to squeeze me a little bit to the inside.

Leclerc explained that he initially believed the incident happened too quick to realise who was at fault and that he had not yet spoken to anyone about the incident, apart from team principal Mattia Binotto.

"Everything happened very quick. As soon as he moved to the inside we touched and I had a puncture. I spoke to Mattia but that's it.

"I haven't spoken to Seb yet, but I am sure that we are both mature enough to put it behind us. We both feel sorry for the team.

"This is the end result, both cars not finishing and it's very disappointing. For the future, we will put it behind us and continue to work together."