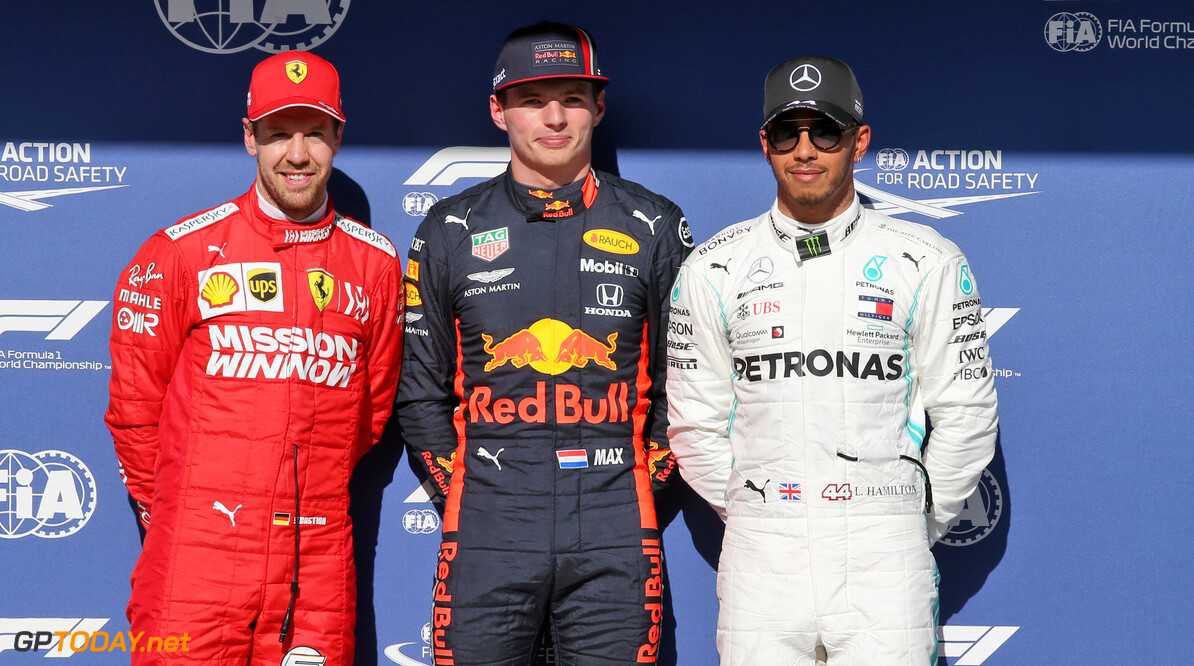 Lewis Hamilton says third place was the best that Mercedes could have managed during qualifying for the Brazilian Grand Prix.

The Briton will start Sunday's race from the second row alongside teammate Valtteri Bottas, with the Finn moving up one position due to a penalty for Charles Leclerc.

Hamilton, who has not taken a pole position in the second half of the season, admits Ferrari and Red Bull were too quick for Mercedes on Saturday, expressing surprise over the straight-line pace of Max Verstappen, who claimed pole position.

"It's not too often that it goes particularly easy, but it was definitely a challenging session," Hamilton said. "P3 was really strong for us, and once we got to qualifying, these guys had great pace.

"We were losing out to Max on the straights by quite a chunk, that's where a majority of the time was coming from.

"I just kept chipping away at it and the last lap was as good as it could get for us. The car felt really good, but we were just lacking pace on the straights. But I'm happy to split the Ferraris."

Hamilton can be a 'little bit more aggressive'

Despite having a run of nine races without taking pole position, Hamilton has won two races in the second half of the season.

Looking ahead to Sunday's race, the six-time world champion sees no reason in why he should change his approach - but with the championship wrapped up, he believes he can afford to be a little more aggressive when racing his rivals.

"My approach has been the same all year long, but maybe we can try and be a bit more aggressive tomorrow and have fun with these guys," Hamilton said.

"I don't particularly see any reason to make changes, obviously it has got me to where I am today. So I'll just continue with that."