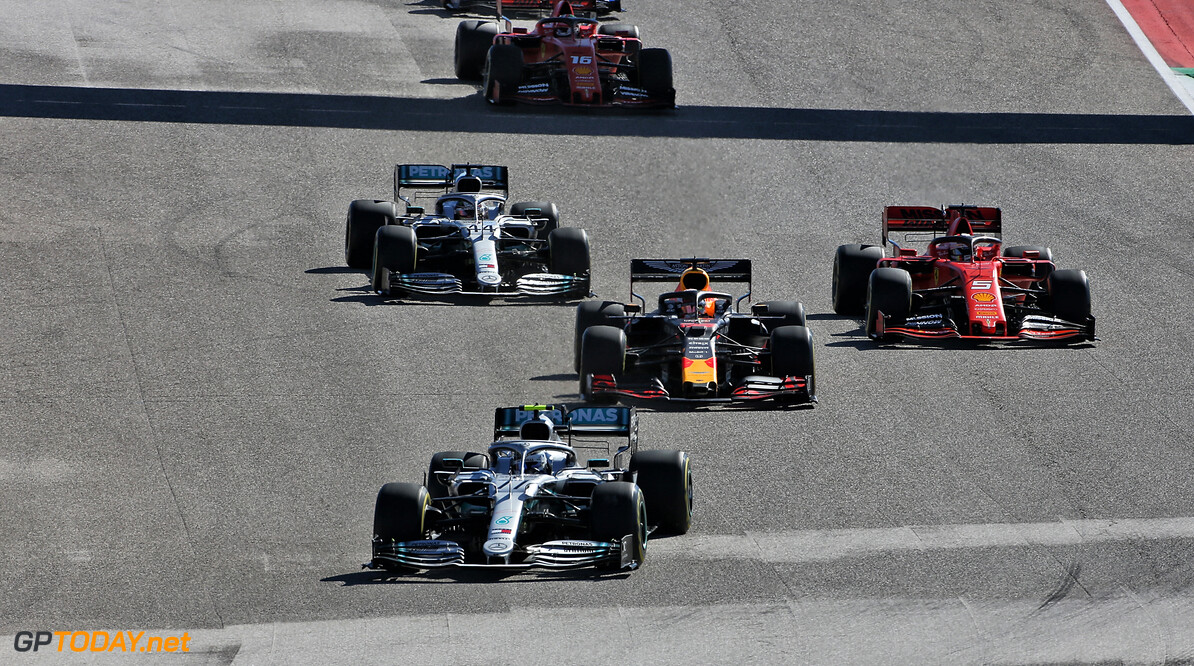 Valtteri Bottas has expressed his confidence in the 2021 regulations, insisting that the competition between the teams will improve.

Two weeks ago at the US Grand Prix, Formula 1 unveiled the new technical and sporting regulations that are aimed at providing more teams with a chance of success, while also improving the on-track racing.

In the turbo-hybrid era that began in 2014, Mercedes has won every drivers' and constructors' championship on offer.

The 2021 rules have been under discussion for over 18 months and were stamped down last month - with Bottas stating that he believes they will vastly improve the spectacle of F1.

"I think there are lots of good things that look interesting with the new regs," he said. "If actually, physically the cars will behave aerodynamically as it says on paper, I think the racing is going to be very close, definitely closer between the teams.

"And also with quite a few restrictions on the aero side with designing the cars I think already from that we're going to see a bit less of big differences between performance. There's lots of good things that I really look forward to finding out."

Bottas added that he hopes the rules will see more teams join the grid in the coming years so there's more competition in the field.

In 2016, Haas joined F1 and became the first brand new team since Marussia, Caterham and HRT entered the sport in 2010.

"I think those are good steps in the right direction and I really hope that would encourage some new teams to arrive in Formula 1 because I always think the more cars we can have on the grid the more fun we are going to have racing," Bottas said.