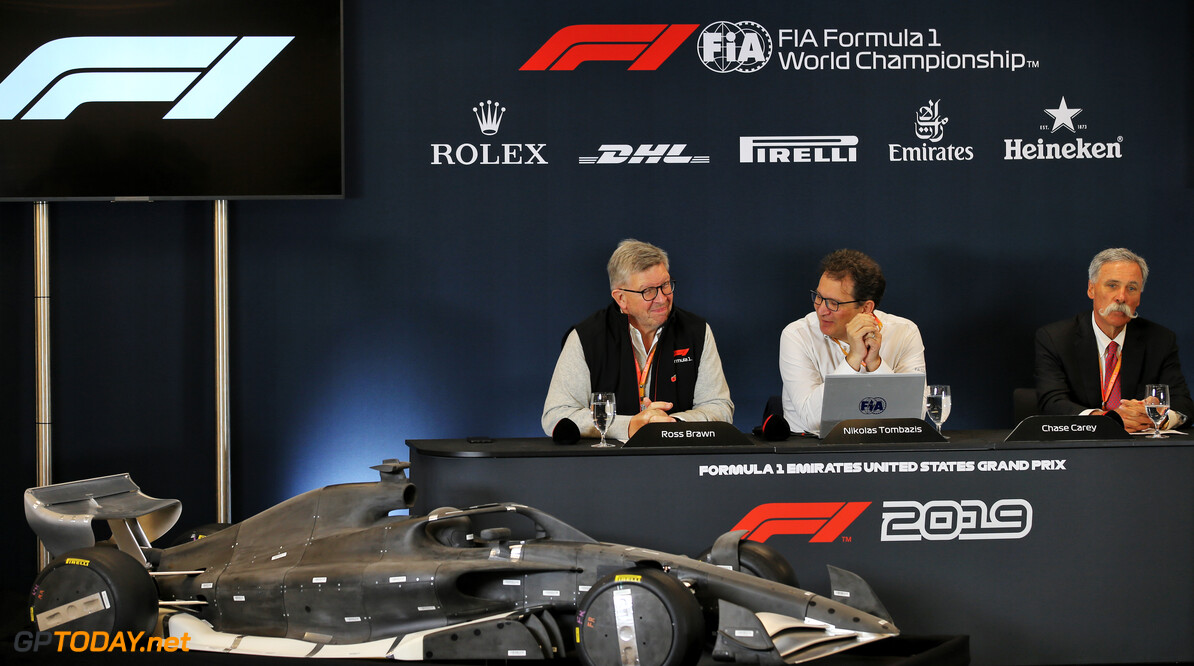 The 2021 regulations have been set in stone following unanimous agreement from all ten Formula 1 teams.

In under two years' time, F1 aims to change the sport to allow for closer competition as well as more on-track battling with natural overtakes.

F1 claims that cars currently lose upwards of 40% of downforce when they are following another car - fo 2021, that number is set to reduce to 5-10%.

"We deeply respect the DNA of Formula 1, which is a combination of great sporting competition, uniquely talented and courageous drivers, dedicated teams and cutting-edge technology," said F1 CEO Chase Carey.

"The goal has always been to improve the competition and action on the track and at the same time make the sport a healthier and attractive business for all.

“The approval of the rules by the World Motor Sport Council is a watershed moment and will help deliver more exciting wheel-to-wheel racing for all our fans.

"The new rules have emerged from a detailed two-year process of examining technical, sporting, and financial issues in order to develop a package of regulations.

“We made many changes during the process as we received input by the teams and other stakeholders and we firmly believe we achieved the goals we had set out to deliver.

"These regulations are an important and major step, however, this is an ongoing process and we will continue to improve these regulations and take further steps to enable our sport to grow and achieve its full potential."

Formula 1 will introduce a budget cap for all teams in 2021, which limits spending throughout a season to $175 million.

The aim of the budget cap is to reduce spending costs for all the teams, however speaking recently, Red Bull team principal Christian Horner believes that bringing in the new regulations and the budget the same year will make for an expensive 2020 season.

The FIA and Liberty media has been discussing the regulations for a number of years, with the vote to introduce the rules delayed in June to the end of October.

"Today, we are really delighted to publish the sets of regulations which have been adopted unanimously by the World Motor Sport Council, and it defines the future of Formula 1 from 2021 onwards," said FIA president Jean Todt.

"For the first time, the technical, sporting and financial aspects are addressed all at once, and the objective is to offer a more sustainable, safe and exciting sport."

Minor changes made to weekend format

A number of small changes have also been made to the weekend format. The usual driver press conference will now take place on a Friday, before practice.

Parc Ferme conditions will also come into effect from the start of FP3, meaning no changes can be made to the cars from Saturday onwards.

The maximum number of races per season has been raised to 25, as Liberty Meda looks to expand the current schedule - next year's calendar will feature a record breaking 22 races.