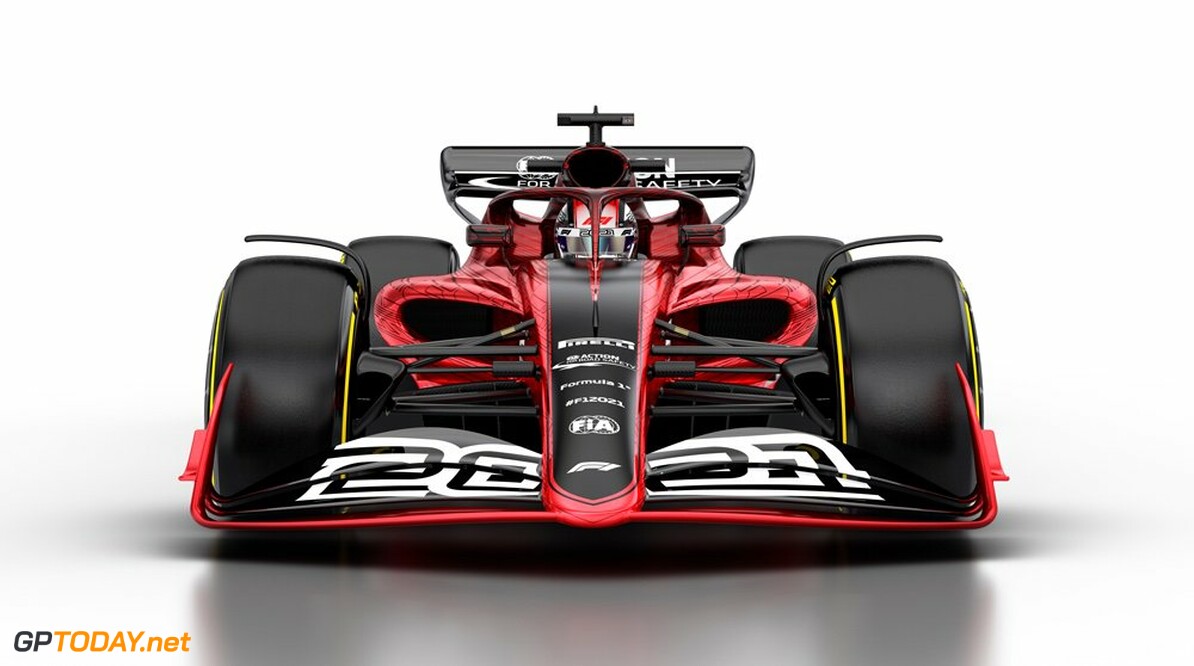 Charles Leclerc is expecting the 2021 cars to be "more aggressive" than the original renders that were released by Formula 1.

For the 2021 season, the sport will change dramatically, with brand new technical and sporting regulations being introduced alongside each other.

The aim of the rules is to bring the cars closer together in competition, while also allowing them to follow each other more easily on the circuit and provide for better racing.

Leclerc admits he is impressed by the original designs that have been issued but expects them to look more aggressive as the teams develop their own interpretations of the rules.

"The look of the cars looks good, then we will have to see how much each team develops their cars, it might change a bit the look, probably more aggressive which is always nice," Leclerc said.

"Then as a driver, you always want to go as quick as possible, so I hope we will gain a bit of performance without losing the traceability of the cars which is probably the main problem at the moment, to not be able to follow close.

"It's quite frustrating whenever you are in a race that you arrive, you are quicker but as soon as you get behind the car by less than one second, you start to struggle to follow.

"You overheat the tyres, things like this. So hopefully these things will be improved."

For the 2021 season, the minimum weight of the cars without fuel has been set to 768kg - a 25kg increase on the current cars.

Drivers have expressed their concerns over the increasing weight, with Leclerc mirroring previous comments, saying that it doesn't work to solve some issues drivers face.

"I think for sure the weight doesn't help anything," he said. "For the overheating of the tyres, it's not going to help to have 25 more kilos on the car.

From a driver's point of view, the lighter the car is the faster we go. But I believe it's always a compromise between all of these things. It's the way it is now."