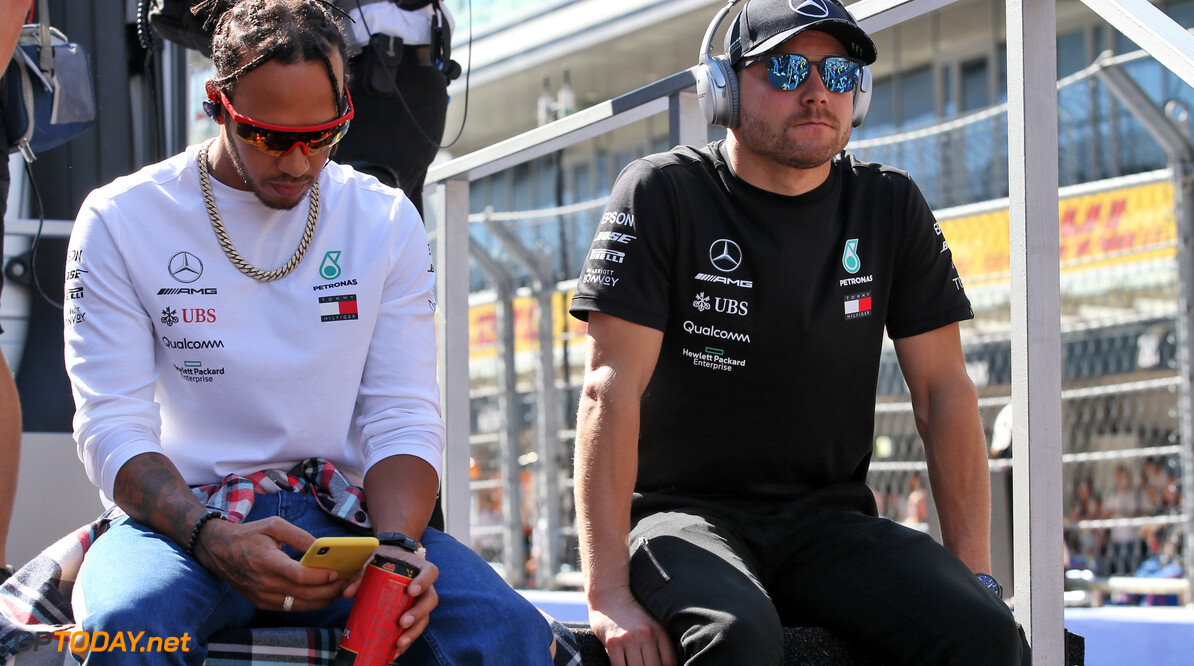 Bottas: Only myself to blame for points gap to Hamilton

Valtteri Bottas says he only has himself to blame for the large gap in the drivers' championship between himself and Mercedes teammate Lewis Hamilton.

Both of the aforementioned drivers are the only challengers in contention to take the 2019 title, with Hamilton being the clear favourite with a 64 point lead over Bottas.

However, the Finn admits that he is the only one to blame for allowing the gap to grow to what it is, acknowledging that he has to be "very lucky" in order to win the championship this year.

"I haven't thought in a way that 'that's it', even though I know the facts and I would need to be very lucky as well to still be able to fight for the title," Bottas said.

"It's not done yet. But I can for sure blame myself as well for being that far [behind] in the points. Lewis has been better so far, more consistently.

"That's how it is. Now we're in this situation, I just really focus on each weekend and the closer we get to the end, we'll find out what happens with the points and where I finish. At least it's going better than last year, at this point."

Bottas added that the gap in performance between himself and Hamilton has remained the same throughout the season, and has not swayed much in the races that have been run.

"I would say it's been pretty similar if I look at the averages in terms of qualifying and the race from the beginning of the year to this date," Bottas said.

"It's been pretty consistent, a step from last year which is what I like to see. But obviously I want to get closer, and I'm really working on those details to make that happen."