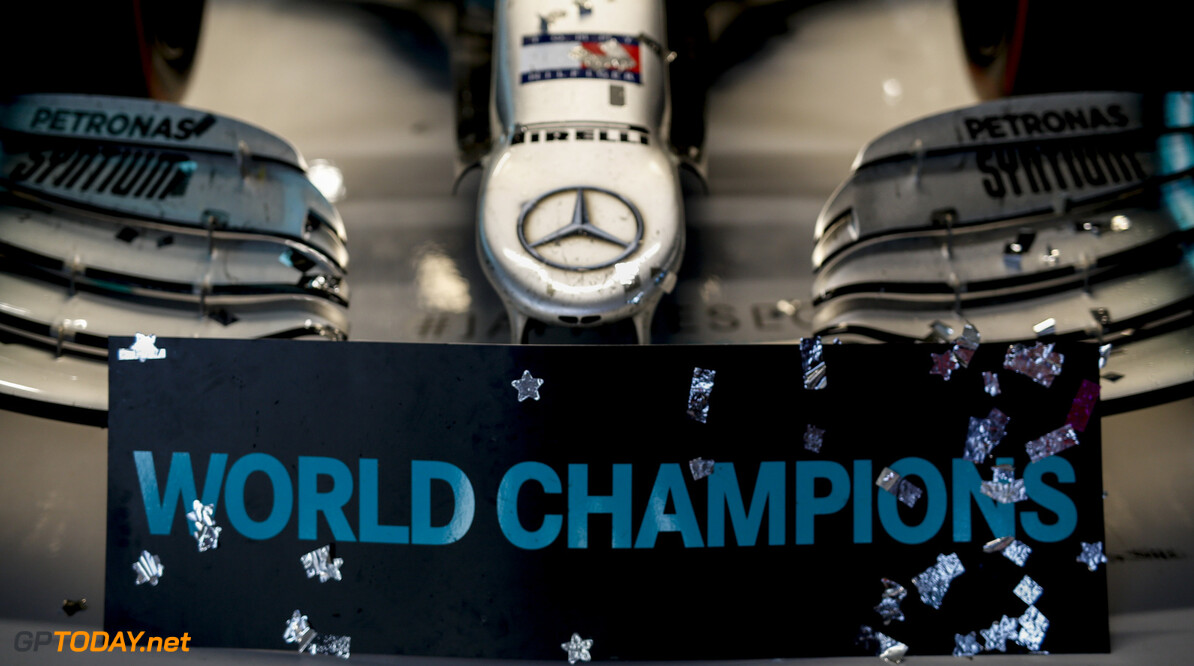 Lewis Hamilton says it's "crazy" to see the belief that Mercedes had in 2013 to "do something special" formalise into reality.

Last time out at the Japanese Grand Prix, Mercedes picked up its sixth consecutive constructors' championship, a feat that has never been achieved before in the history of the sport.

The race result also meant that all non-Mercedes drivers were eliminated from championship contention, meaning either Hamilton or teammate Valtteri Bottas can mathematically win the title.

Hamilton joined Mercedes in 2013 when it had just one grand prix win to its name in the modern F1 era.

"I’ve been with the team for seven years," Hamilton said. "I’ve been with Mercedes since I was 13 so very proud to be racing the silver star and be part of this incredible journey that Mercedes is on.

"Joining them in 2013, with just the utter belief that we will do something special, it’s kind of crazy to see it coming to fruition, all the hard work. Naturally, when I met everyone in 2013, just seeing how dedicated they were there, and it still remains the same.

"Even though we have the success each year, they’re hungry, they’re driven, they’re excited that they have Valtteri and I in the car and they give absolutely everything.

"And I love that, and it really inspires me to go out there and drive the way that I do, the way that we do throughout the weekend."

Hamilton currently holds a 64 point lead over Bottas in the championship and could clinch the title in Mexico next weekend.